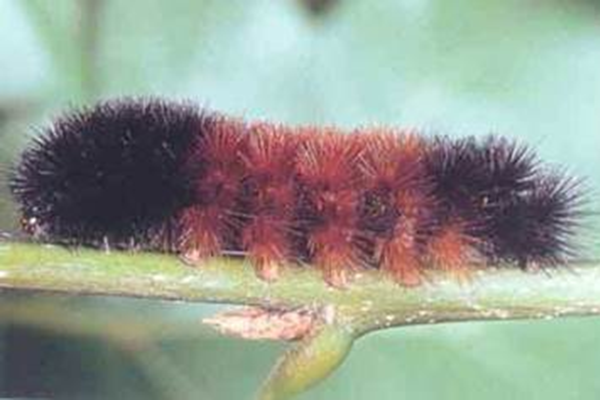 With ski and skate sales on the calendar and snow tire appointments being made, let’s take a look at what some predictors of winter have to say for the coming season.

The 2020 Farmers’ Almanac predicts a “wet and wild” winter for the Northeast including no fewer than seven big snowstorms from coast to coast.

The width of the bands of black of the woolly bear caterpillar is often said to predict the severity of the coming winter, with more black indicating a fiercer winter. According to folklore, the position of the longest black band (the caterpillars have a black band at the front and back and a brown band in the middle) indicates which part of the winter will be the coldest or hardest. If the head of the caterpillar is dark, the beginning of winter is severe. If the tail end is dark, the end of winter will be cold. Interestingly, the caterpillar’s body is made up of 13 segments which traditional forecasters say correspond to the 13 weeks of winter.

Beyond the woolly bear, there are other signs from the animal and natural world that are said to be predictors of winter. Fatter deer are said to predict a longer, colder winter – but could also indicate great summer and fall feeding opportunities.

Folklore also suggests that the location of squirrel nests can predict winter. Nests near the ground mean a milder winter and nests high up mean a lot of snow. Bees and wasps building nests inside trees is said to predict a tough winter along with geese flying south sooner than normal.

Heavy fog or low clouds hanging over The Valley is a regular occurrence in late August and into September and October. Some folklore predicts that every foggy day in August will result in one day of snow in the winter. Muskrat holes high up on riverbanks are said to indicate that the creatures are expecting a hard freeze.

Squeamish about spiders? When they flee the outside for the inside of the house in droves, expect a tough winter. Monarch butterflies migrate south to warmer climates in the fall. If they begin to move earlier than usual, winter is not far off.

Pigs gathering sticks and thick hair on the nape of a cow’s neck are reportedly signs of a long, cold winter.