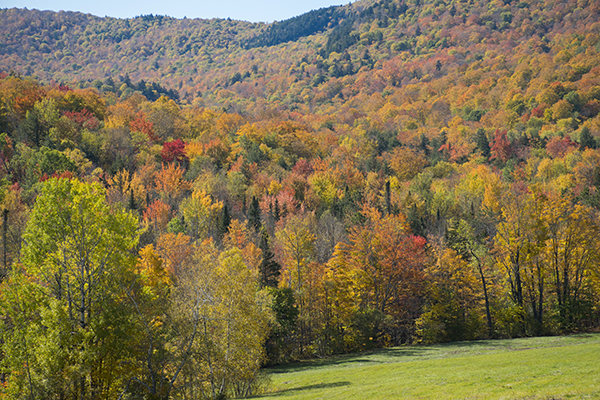 The Harwood Unified Union School District (HUUSD) Board is seeking another legal opinion on the process of school closure after discussing it with attorney Paul Giuliani at the board’s meeting last week.

When the six member towns merged school district governance under Act 46, they did so under Articles of Agreement. Article 6 (E) states that the unified district “shall not close any schools within its boundaries during the first four years it is fully operational and providing educational services, unless the electorate of the town in which the school is located consents to closure.”

At the school board’s October 16 meeting, Giuliani was peppered with questions from the school board about whether a planned November 13 vote on school district redesign (which includes the closure of Fayston Elementary School) could or should take place, given the fact that four years have not elapsed and three public hearings, including one in Fayston, have not taken place.

“We know that we can’t decide to close a school until 2021. I’d like to hear how we can do that legally and responsibly but also honoring the spirit of the articles [of agreement]. It’s not just about what can we do but what can we do that honors what our community voted for,” board chair Caitlin Hollister, Waterbury, said.

“Your articles say that no school shall be closed during the first four years. That time-lock expires July 1, 2021. There’s nothing in your articles that prohibits the board from starting that process now and looking into the issue of school closure. The fact that discussion is going on is not a trigger. That does not begin the school closure process,” Giuliani said.

Board member Alex Thomsen, Waterbury, raised an issue that was also raised by multiple other board members – the need to hold public hearings before a vote to close. She and others pointed out that the November vote on redesign is a vote to close a school.

“Those are two separate things. You’re adopting a K-12 policy – an element of that may involve closure of a school. Closing a school is a separate and discreet undertaking. The board can adopt a policy on November 13 and avoid taking action on the second part until July 1, 2021,” Giuliani said.

“It’s not a policy. It’s a plan. You don’t believe we need to have the hearings before that?” Thompson asked.

“Why doesn’t that initial plan count as a decision to close the school?” Smith asked.

“It’s a plan. It’s a guidance document. It doesn’t commit the board or district to do anything,” the attorney responded.

The board’s redesign model that the board will vote to follow on November 13 could commit the board to close Fayston Elementary School.

Board member Gabe Gilman, Moretown, noted that the parking lot at Harwood was full the night of the board meeting because people feel that what the board does on November 13 is going to determine whether a school closes. Gilman said that the wording of the article about closure is ambiguous in terms of whether a vote is the triggering event.

“Secondly, we’re obligated to construe this thing in a manner that is consistent with the intent of the voters who approved it at the ballot box,” Gilman said.

“What the articles served to do was tell them, ‘You’ve got four years to bring your case along.’ I worry that at some point a court or someone’s going to say, OK, school board, you can call it whatever you want, but you’ve taken an action that virtually allows a school closing and it’s not July 1, 2021. I worry about that from a point of jamming up a bond and worry about it in terms of fidelity to what was said to voters,” Gilman added.

“What you’ve just described is a political decision, “Giuliani said.

Board member James Grace, Waterbury, twice asked Giuliani if the process the board is currently following – public outreach, public hearings and then a November vote on a redesign option that calls for closing a school – is not exactly what Article 6 (E) describes.

Giuliani likened the November 13 vote as a town adopting a Town Plan, which he said was a guidance document that helped the town when someone seeks an application to build something, and that application is approved or denied based on whether the project conforms with the Town Plan.

“The board makes a decision to initiate a process or likelihood of closing a school. Following that there are notices and public hearings, after which the board deliberates and makes a decision on whether to close a school,” Giuliani said.

“You just described exactly what we’ve been doing. We’re considering closing a school. That vote is exactly what we have planned for November 13,” Grace said.

“Adopting a plan is not a closure. It’s parallel,” the attorney said.

Thomsen suggested and the board approved a motion to seek a legal opinion from an attorney not associated with the board, the Vermont Agency of Education or other educational associations in the state.