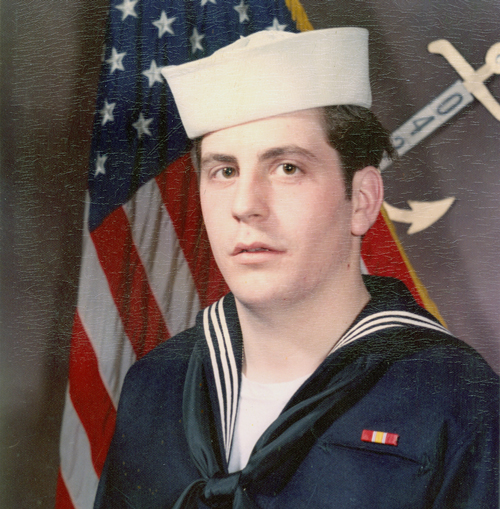 Snow, a Warren resident, knew he had a low draft number and expected to be drafted. In advance of that, he took officer training to join the Navy.

A year later, give or take, he was contacted and told he had three weeks to say his goodbye before he was due to set sail.

“I think that was the worst thing to happen to this country – stopping the draft. Kids wouldn’t be where they are today if they had to do a couple years in the service; they’d grow up a little bit. A couple years out of your life or like the Navy when you have to sign up for three to four years or less with the Army,” said Snow.

For training he was sent to Great Lakes, Illinois, for nine weeks of boot camp in January where winter temperatures could reach 30 below. From there Snow was sent to Charleston, South Carolina – a welcome change from the blustery winter.

Stationed in Charleston, initially, Snow traveled along the Mediterranean Sea for months at a time and stopped along the way in places such as Cuba.

Cuba, Jamaica, Haiti, Turkey, Italy and France are just a few of the locations where Snow served along with other areas. He was present for the first Israeli-Palestinian uprising while onboard an AE, or ammunition ship. During a lengthy 18 days the ship that Snow was on was 15 feet away from Russian ships. Crew members including Snow were on rotating 20-hour shifts.

Snow’s job was supplying ammunition to different locations. “We supplied all of the ammo, from .45s to nukes. We offloaded all of the ships and when we left we had to go to Norfolk, Virginia. That’s where the ammo was. We always had to stay a half day behind the fleet because if we got hit – you might hear a click or a boom – but ain’t nobody going to find you because we were all done,” said Snow.

While in the service Snow remembers being in a fleet when the USS Belknap was severely damaged in a collision with an aircraft carrier, the USS John F. Kennedy, in November 1975 off the coast of Sicily.

“The Belknap went underneath the flight deck of the John F. Kennedy and the staff pierced the JP5 tank. It crushed the first three decks. All of those guys were still in there; they never had a chance,” said Snow.

Snow was in the Navy for three years, finishing out his term before deciding he wouldn’t re-up. Snow said his decision stemmed from politics and a serious arm injury. With six months left of his term Snow injured his arm, which was not surgically repaired at the time, and eventually Snow had to fight with the Department of Veterans Affairs to get treatment. While transferring ammo to another ship roughly 15 feet away, Snow got caught on a cable. In total, Snow has had five operations on his arm, with additional problems with his neck and back.

“It’s only what you make it. It’s like an everyday job after boot camp. You figure out where you go after you sign up. You got a 30-day vacation automatically, free room and board. How can you beat that? As long as you do your job – it’s as simple as that. A lot of people didn’t see it that way. … I loved it,” said Snow.

“I loved every minute of it. I really did. I don’t regret a bit of it,” said Snow.

Snow is still connected through the American Legion Post 75 and the Disabled American Veterans, an organization created by the United States Congress for disabled military veterans of the United States Armed Forces. Snow has used the Veterans Affairs hospital for injuries as well.

Snow tries to go down to the Veterans Cemetery in Randolph on Veterans Day to visit the graves and commemorative bricks of family, extended family and friends.