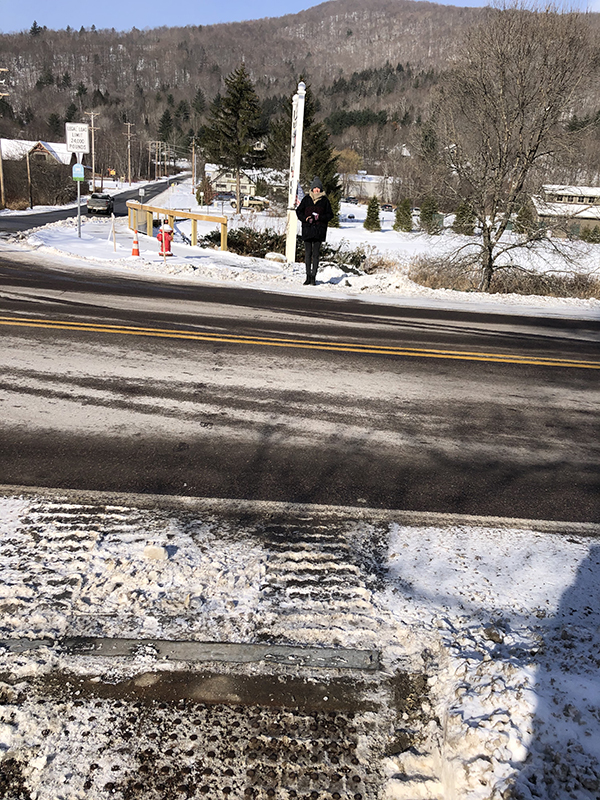 A new crosswalk is coming to town. The Waitsfield Select Board added its support for the idea at its Monday, November 11, meeting. It will cross Route 100 to Carroll Road, joining the boardwalk leading to Lawson’s and the Big Picture.

For this reason, Ross Saxton, executive director of the Mad River Path Association, anticipated no hesitation from the board in terms of approving the crosswalk. “It helps that people have already been walking and biking through this space and that a boardwalk exists on the other side,” said Saxton. “Plus, the crosswalk provides an invitation to other people. With multiple residences and businesses on Carroll Road, this crosswalk provides an important connection for the town.”

In the future, Saxton hopes to see other improvements to pedestrian traffic in Waitsfield Village, including sidewalks on both sides of Main Street, especially from Village Grocery down to the existing sidewalk on that side. “It opens up the opportunity for more crosswalks,” said Saxton. “It slows things down.”

Because Route 100 is a state highway, VTrans must approve and install the crosswalk.