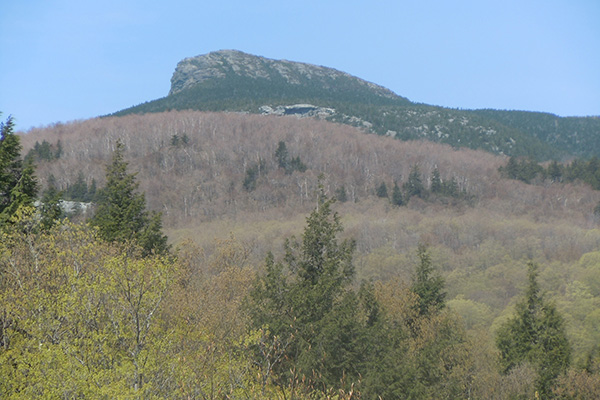 The Duxbury Select Board chose one of three proposed plans to combat embankment erosion on Scrabble Hill Road this week.

At its November 13 meeting the select board heard alternative plans from Ken Robie, an engineer with DuBois and King. The team went over three plans to combat embankment erosion on Scrabble Hill Road. The first option involves a short stone fill shoulder reinforcement estimated to cost at least $25,000. The second option ads additional stone fill all the way to the tree line, which has an estimated cost of $100,000. The third option is a reconstruction of the entire slope, a plan that involves deforestation of trees and has an estimated cost of $750,000. Almost unanimously, the board voted in favor of working toward option two. Those costs exclude engineering and permitting.

Scrabble Hill Road has seen many washouts due to water runoff that washes out the roadway, destroys ditches and culverts and pushes the road over a bank on one side of the road. The issue has been ongoing for years. In the past, increasing existing ditch sizes, increasing culvert sizes, adding new culverts to reduce the amount of water that goes into existing inlets and ditches were considered. The team also looked at designing culverts and ditches with an overflow weir on the inlet of a culvert to control when water flows.

Last month, board members were told by the engineers that several options for addressing Scrabble Hill could cost $654,000 to over $1 million, including the cost of all engineering, permitting, municipal project management and construction. Eighty percent of this project would be state funded and 20 percent would be locally funded. The town has agreed to commit funding to this project. At the end of that meeting the board asked more alternatives from DuBois and King which were received this week.

The town faced more storm damage in the first week of November, adding to the other road damage sustained during spring and summmer heavy rain events.

At the Duxbury Select Board’s November 6 meeting, highway foreman Kyle Guyette explained the new damage. Guyette reported that Camel’s Hump Road has a washout beyond the state park winter parking area and is not passable. Camel’s Hump Road is also washed out beyond the intersection of Scrabble Hill Road due to erosion from Ridley Brook. Scrabble Hill Road had another culvert washout before Marshall Road near a box culvert. River Road from the Duxbury to Bolton side had water streaming across the road. Dowsville Road needed stone and gravel resurfacing. Turner Hill Road near the intersection of Webster Road has a cross drainage culvert that washed out due to the amount of water.

Duxbury voters rejected a $300,000 bond proposal by a vote of 103-52 on November 5. The funds were to be used to finance capital improvements to the town highway garage, including reinforcing the current structure, replacing the roof, wall panels and overhead doors as well as electrical upgrades. At the November 6 meeting, a roundtable discussion, board members shared concerns about the results and next steps for the town garage. According to the minutes of that meeting, the board agreed that the snow load on the roof needs to be monitored and that the town needs to hire a contractor to shovel the snow.