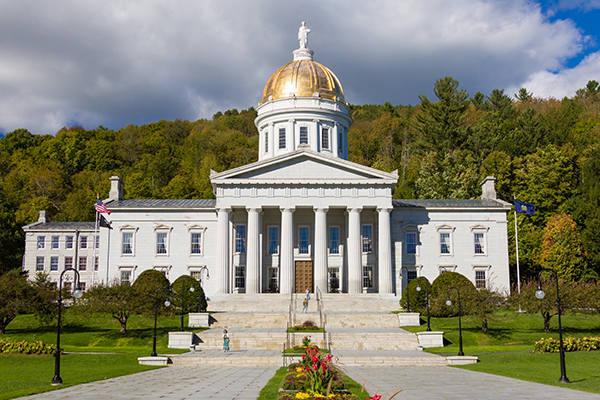 Student participants of the Vermont Youth Lobby have been busy planning a series of youth actions to promote climate-related legislation this year.

The Vermont Youth Lobby group at Harwood Union High School has used the $20,000 worth of technology funds they were awarded last year from the Samsung Solve competition for their current projects. This money came from an award-winning app idea: an app that gets young people involved with state politics by streaming unbiased facts, quotes, voting records and news articles right to their phones. With the award money, the lobby purchased video cameras, laptops, large-screen TVs, and Harwood’s first commercial high-tunnel greenhouse which will be ready for use this spring.

The Vermont Youth Lobby started in 2015 and is comprised of students from Montpelier, U-32 and Harwood Union high schools. Their mission is to increase sustainability and environmental awareness in their communities, as well as to encourage state legislators to pass climate-related bills. At Harwood alone, there are 20 students in the lobby.

Senior Sydney Kulis is looking forward to seeing Harwood grow their own greens, herbs and garlic in the greenhouse. Passionate about climate change, she joined the student lobby with hopes to put pressure on lawmakers to better inform local communities about environmental issues. “I’m shocked with how little people know about climate change,” said Sydney.

This year, the Youth Lobby has many plans toward promoting climate-related legislation. The Youth Lobby plans to have a youth rally with schools from across the state, where students will gather on the lawn of the State House with signs in hand. They plan to recite speeches and poems as well. The rally will happen in April.

In addition to the rally at the State House, the Youth Lobby is planning climate strikes. The Youth Lobby wants these strikes to occur regularly, possibly every Friday. Yes, that means skipping class. However, lobby members are adamant that they won’t be skipping class for fun. They want to put serious pressure on senators and legislators to make changes.

The Youth Lobby wants to fight climate like the way war is fought by spending money, acting fast. Only then, when activists can act big can they celebrate big, with victory gardens and all.