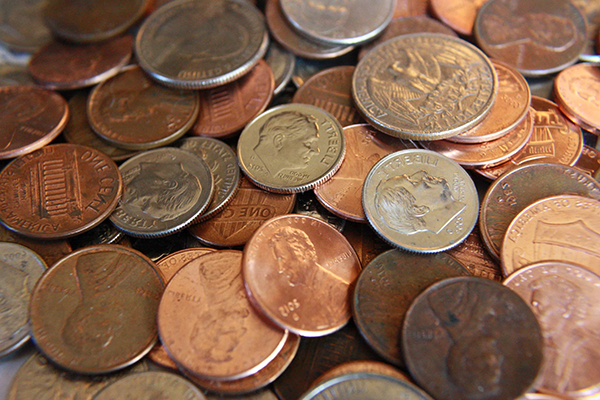 What do non-ski-resort towns in Vermont do with funds raised via a local option tax (LOT)? That was one question asked by members of the Mad River Valley Planning District subcommittee that is working on a tri-town local option tax for Warren, Waitsfield and Fayston.

The subcommittee met on December 4 to share results of the research into other Vermont towns, why they created LOTs and how they spend the funding. An LOT is a 1 percent tax that towns can vote to adopt on rooms, meals, alcohol and retail sales. The tax is sent to the state which keeps 30 percent and the towns receive 70 percent of what was collected.

Most towns use the funds collected for municipal projects, often capital projects and some incorporate the funds directly into the general fund to stabilize or lower property taxes.

Subcommittee member Peter MacLaren, president of the Mad River Valley Chamber of Commerce board, was tasked with reaching out to Colchester about its adoption of and use of LOT funds.

MacLaren said that proponents of the LOT in Colchester (home of Costco) had done the research to learn that 87 percent of LOT funds would be paid by nonresidents. That LOT is on rooms, meals, alcohol and retail sales.

“They saw this as a way to pay for capital projects, usually in conjunction with bonds. They offset some or all of the bond costs with LOT funds. And they used it to pay off accumulated capital debt. The net result was that it allowed them to reduce property taxes in the first year and ongoing. They’ve had no negative reactions,” MacLaren said.

Colchester, it was noted, needed to change its charter to allow voters to enact an LOT.

Barre, he said, wanted to reduce taxes and wanted revenue. The town is only 4 square miles and the Grand List is not very big. Supporters brought it to voters three times. It failed twice, the second time by 22 votes. The first two times it was presented as a way to raise funds for capital projects and sidewalks. For the third vote, it was presented as only for capital projects and it passed by 22 votes. Barre’s LOT is on rooms and meals, not retail sales.

“It was passed two years ago and they’ve had no negative response. The businesses say it’s had no impact. It did require a charter change for the town,” Ackland reported.

He noted that the people managing the LOT in Barre found discrepancies in what the state’s website shows for rooms, meals, alcohol and retails sales from each town, based on the funds received from the LOT. Barre was expecting 1 percent to equal $250,000 after the state took its cut but received $164,000.

“It was a tempest in a teapot” is how subcommittee chair and Fayston Select Board chair Jared Cadwell referred to the opposition to an LOT in Brattleboro, based on his conversation with the town manager.

“In fact, they saw an uptick in revenues after it was passed,” Cadwell said.

“The folks I spoke to in Brattleboro and Rutland Town both directly and indirectly spoke to the persuasive argument that folks saw an opportunity to generate income/revenue for local use under local governance,” he added.

Mike Noble, of Noble Communications, the group’s consultant, reported that Williston proposed an LOT in 1999 and it was defeated.

“But after Act 60/68 passed, that changed everybody’s thinking. It was proposed again and overwhelmingly approved. Williston’s LOT is on rooms, meals, alcohol and retail sales. They collect $3 million that goes right into the general fund. Williston has the lowest municipal property tax in Chittenden County plus they have been experiencing a great deal of growth. It was perfect positive storm,” Noble said.

Winooski, Noble said, adopted an LOT last year by 62 percent of voters approving it and earmarked it for community value projects. The town undertook four projects, two of which were bonded for, and plans to use the LOT funds to offset those costs. These are projects such as infrastructure, sidewalks and rebuilding. Winooski expects to collect about $300,000 in LOT funds.

In Hartford, voters had to change the charter before an LOT could be adopted, much like Waitsfield must. Hartford voters approved the charter change but then had to vote again because a copy of the charter was not in each voting booth.

“They voted again in November 2016 and it went into effect July 2017. They take the money and put it in a reserve fund and the select board decides where it is going to be spent. Theirs is on rooms and meals and alcohol and will raise $320,000, explained Darryl Forrest, subcommittee and Waitsfield Select Board member.

“We’re seeing a lot of energy and enthusiasm from people involved and the universal feedback is positive,” MacLaren pointed out.

“We’re different because we’re three towns. But that’s just another layer. I think everybody we talked to wanted to improve their community,” Ackland added.

“That gives us and this process credibility,” said subcommittee and Waitsfield Select Board member Kellee Mazer.