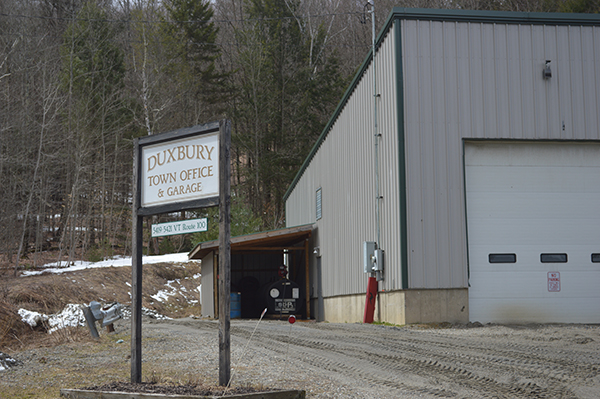 At the meeting, the board brainstormed ways to vanquish the FY19 deficit. Select board member Mari Pratt suggested two options: Take out a bond (borrow money) or put it on the tax rate. Pratt acknowledged that raising the tax rate “could be rough” on taxpayers and even suggested putting out an article asking the town to allow the select board to increase the tax rate.

However, with the FY2020 deficit in mind, some select board members were less worried about the taxpayer response and more worried about the ramifications of borrowing. “I’m reluctant to borrow when we think we’re gonna have a deficit next year as well,” said one select board member. Murmurs of agreement echoed this comment. “The honest thing to do is to put this as a line item on the budget, make up the $156,000, and tell the town that things are gonna be tough for a couple years. Because they are.”

Storm events are the primary cause of Duxbury’s heavy deficit, according to town administrator Jonathan DeLaBruere. “We didn’t build a new town garage. We didn’t spend money on development. We didn’t spend our money elsewhere. It was just the number of storms we had. They really put a pinch on the budget. We had a storm in November that added to the fiscal year 2020 deficit. We had a storm in May that we paid for in fiscal year 2020, adding to the fiscal year 2020 deficit. Those things will make this fiscal year extremely difficult,” said DeLaBruere in a subsequent interview.

DeLaBruere also mentioned how storm damage can easily push a small town into deficit. “These projects aren’t cheap. A lot of these culverts are half a million dollars to construct. If your budget is half a million dollars, then you can only do one project a year,” he said. Still, DeLaBruere is hopeful that the work Duxbury is putting in now to repair culverts will prevent the need for excessive spending in the future. “We’re hoping to better improve our infrastructure so when these storms do happen again it’s not a problem.”

As for now, Duxbury taxpayers should expect a tax rate increase to cover both deficits. “To eliminate the $156,000 FY19 budget deficit, the tax rate would have to rise 10 cents. The bad news on top of that is that the FY2020 budget deficit will do the same,” said one board member at the December 30 meeting.

Eventually, the board voted to create a line item that takes both deficits into account. The unanimous vote was to create a line item for $200,000 titled “deficit retirement.” This figure is meant to cover the current $156,000 deficit, as well as some of the deficit the town expects to see in FY2020.