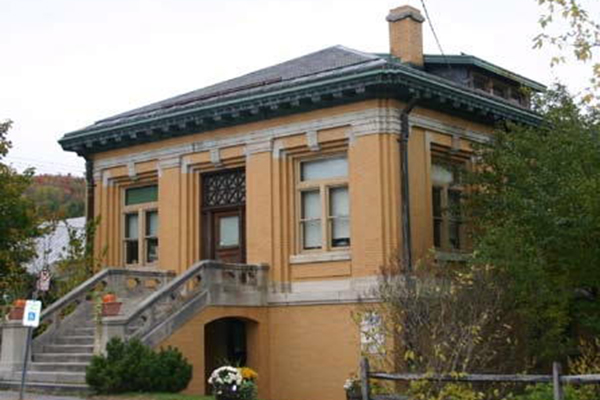 At the request of Waitsfield Select Board member Sal Spinosa, the select board revisited an October 21 3-2 vote to send legal documents related to a tri-town local option tax (LOT) to its attorney for review.

Spinosa questioned an August decision to ask the town attorney to look at whether the town needs a charter change if voters are going to be asked to approve a local option tax. That decision was 5-0 to ask the attorney that limited question, although board member Darryl Forrest said (at the next meeting in September) that he thought that 5-0 motion was to send the legal documents as well.

Spinosa questioned Forrest about his motion on October 21 to send the legal documents for review, questioning what he called a “reversal,” and asking whether comments made at meetings of the tri-town negotiating committee working toward the tri-town LOT had influenced Forrest’s motion.

“We had a discussion about it and voted 5-0 to do that. At the next meeting, suddenly we’re faced with a motion to reverse that. I was dumbfounded. Caught off guard and couldn’t organize my thinking. Especially because we’d voted unanimously not to send it out,” Spinosa said.

“Warren is waiting for Waitsfield to get off its duff and submit these to the lawyer and get feedback,’” Spinosa said, quoting Ackland on a Mad River Valley Television tape.

Warren and Fayston sent the LOT legal documents to their town attorneys for review last summer.

Spinosa also quoted Ackland as stating, “I understand, but it’s a 3-2 vote,” referring to the split on the Waitsfield board regarding a tri-town LOT.

“Was that involved in your thinking about the reversal?” Spinosa asked Forrest.

Board member Jon Jamieson suggested that Forrest’s October 21 motion was not a reversal but rather a change.

“I voted with these guys for the change. It was basically justified by what I felt was your continued obstructionism in this discussion. You continually came to meetings and said you were working on a thing and you had lots of thoughts and lots of things to talk about and we never saw it between August and October and I thought if you’re not going to come to the table and have a proper discussion and bring your issues to the light, we need to move ahead and figure out what there is to talk about. That’s how I justified my vote and my changed point of view,” Jamieson said.

“I’ve been waiting for over a year for you to bring your concerns and I think you’re flat-out obstructing. You’re the Mitch McConnell of our group here,” Jamieson added.

Spinosa said that as the tri-town LOT proposal and its attendant documents were continuously changing before he had a chance to bring his concerns to the table, it meant his questions and concerns were also changing.

“My question is, what was impact of those quotes that I gave you from Ackand? Did that have a bearing on the reversal vote? I just want to know. It’s pretty dramatic for him to say something like this. He knew he was out on the edge,” Spinosa asked Forrest.

“Let me put him aside. Both other towns did their reviews and came back with the fact that Waitsfield couldn’t proceed without a charter change. I brought that to the table to get our attorney to look at the documents,” Forrest said.

WHAT DOES IT MATTER?

“But initially you voted to wait. What bearing did that have, that he was sitting there looking at you?” Spinosa asked Forrest again.

“What does it matter?” asked board member Kellee Mazer. “We wanted to move forward to have it reviewed. Who cares what Bob said?”

Spinosa moved on to his other concern about the October 21 vote, noting that while general discussion of the charter change to enable an LOT was on the agenda, the idea of moving the LOT documents to the attorney was not. He suggested that members of the public who’d wanted to weigh in on that were deprived of the opportunity to weigh in on whether the town should spend the money on the document review.

But first he questioned why Forrest read his October 21 motion from a piece of paper and Forrest said, “I wrote it down. I came to the meeting and said I’d like you to reconsider sending the documents to the attorney.”

Spinosa also asked whether Mazer and Jamieson knew about the motion in advance, whether they’d exchanged emails about it. Forrest said they hadn’t. Spinosa said he thought Forrest’s motion was substantive enough to have been an agenda item, although he noted that the board sometimes has to make motions that the agenda doesn’t anticipate.

“In the end, for purposes of this process and procedure, all of us need to be more mindful that things that are dealt with in ordinary fashion may not be so ordinary to the public so they get on agenda so public can weigh in,” said Spinosa.