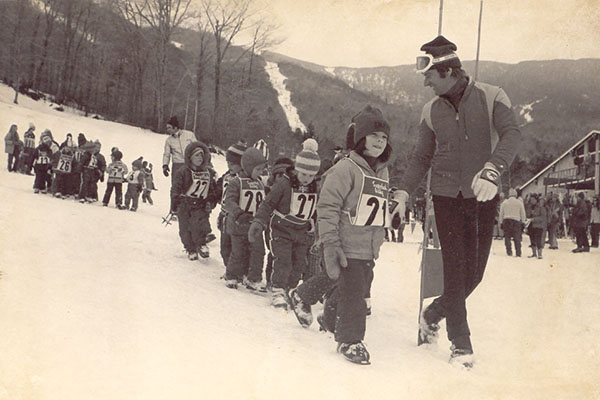 Henri Borel, Sigi Grottendorfer and Guy Ludwig Laudisi have been named to Sugarbush Resort's 2020 Wall of Fame class. Similar to a hall of fame, Sugarbush's Wall of Fame recognizes some of the most significant contributors to the Sugarbush experience from 1958 to the present. The Sugarbush Wall of Fame was established last year as part of the resort's 60th anniversary celebration.

The Sugarbush Wall of Fame recognition is awarded annually to those who have made a significant contribution to "cultivating a spirit of lifelong adventure and camaraderie among Sugarbush staff, guests and the community." The Wall of Fame review committee met last week to review a number of strong nominations. While last year's inaugural celebration inducted 10 members to the 2019 Wall of Fame, going forward the committee has been charged with selecting, on average, two members annually.

After much discussion, Wall of Fame inductees for 2020 were decided and are as follows: Henri Borel, Sigi Grottendorfer and Guy Ludwig Laudisi.

Borel is the founder and co-owner of Chez Henri restaurant, the bistrot that has operated in historic Sugarbush Village since Christmas of 1964. Chez Henri has been a cornerstone of the Sugarbush experience, serving fondue, escargot and other French fare to guests from Olympian Stein Eriksen to Yoko Ono to Jean-Claude Killy. Chez Henri earned a reputation for night life, hosting wild parties in the famed Back Room in the early days of disco. The Back Room still lights up for the occasional birthday party or Ski Club Ten celebration, the private club Borel managed prior to opening the restaurant. Perhaps more than anything, Borel is recognized for his positive and welcoming spirit, as well as his infectious love of skiing.

Grottendorfer served as the director of Sugarbush Ski School for 30 years, taking the helm from Olympian Stein Eriksen. Grottendorfer cut a wide swath through the ski school, earning the admiration of fellow instructors and guests alike. Grottendorfer is credited with founding the Centered Skiing movement with Denise McCluggage, a fellow instructor and nationally recognized sports writer. For many years, Grottendorfer led a large group of Sugarbush instructors down to Portillo in the summer months to continue their professional instruction. Grottendorfer's induction will be postponed until April 2021 as he is spending the winter months in his native Austria and is not able to attend this year's celebration.

Laudisi is credited with introducing countless friends to Sugarbush over the past 40 years. Laudisi began coming to Sugarbush in the 1970s, traveling from New York City on weekends, and eventually purchased a home here in the 1980s. Laudisi fell in love with Sugarbush, and devoted his weekends to sharing that love with his large circle of friends, teaching them how to ski and introducing them to The Valley. Laudisi began his media career as a host of his own radio show at the University of Michigan while in college. He went on to work as a writer for WABC in New York City, and then for “The Johnny Carson Show.” Laudisi became an executive producer for NBC's “Today Show,” where he remained for over 20 years. Laudisi was able to share his love for Sugarbush in his work for NBC, playing an integral role in the live broadcast of the “Today Show” at Sugarbush in February of 2008.

For more information on the Sugarbush Wall of Fame visit www.sugarbush.com