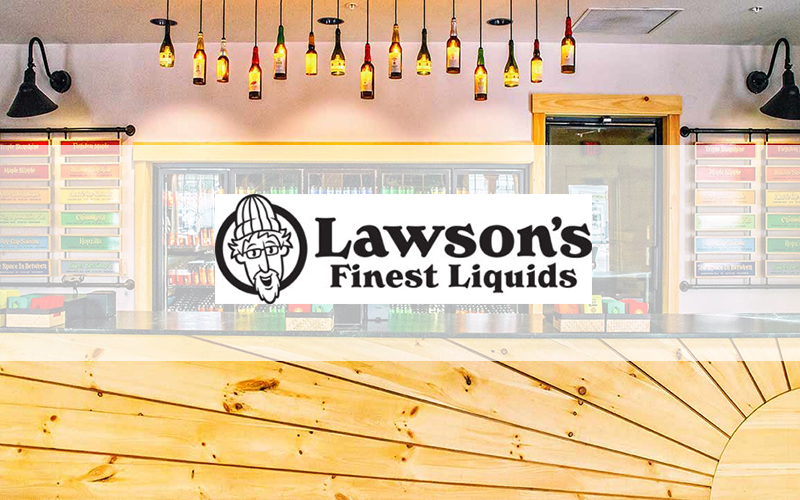 Sean Lawson, Lawson’s Finest Liquids, admitted that adjusting to a sudden coronavirus-prompted closure has been hard. “Having the taproom closed means that the sales here on site are down significantly, so we definitely feel like we’re taking a hit,” said Lawson.

Some employees are still working daily. “We have a lot of beer and we’re still packaging beer. Some employees are still working daily, packaging beer and running distribution operations. Even today, one of our specials is planned for release tomorrow, Saturday, March 21,” Lawson said via a Zoom interview on March 20. “That’s our maple rum-barrel-aged Fayston Maple Imperial Stout. Hopefully we’ll still be getting those out to market, getting them to customers and trying to be part of the good news of the day,” said Lawson.

Lawson’s is still offering retail sales. The brewery is distributing beer to stores through wholesale partners in nine states. “That part of our business is still strong and we’re well prepared to ride out disruption and a recession for a while,” said Lawson.

Even in the midst of an economic plunge, Lawson’s is continuing its Sunshine Fund, which asks customers to donate in lieu of tipping. Currently, donations from the Sunshine Fund will go directly to support the Mad River Valley Community Fund until to the foreseeable future. Lawson said, “100 percent of those donations go to the Mad River Valley Community Fund, specifically for emergency grants for individuals who experience sudden unemployment due to COVID-19.”

The Valley Reporter asked Lawson if he had any advice for local business owners for coping with the COVID-19 pandemic.

First, Lawson encourages business owners to make self care a priority. “Stay calm. Take care of yourself. Try to get a good night’s sleep. Eat well, exercise. Be with your family and your loved ones and support each other,” he said.

“We’re practicing a really rigorous and stringent cleaning protocol and personal sanitation protocol. We’ve got hand sanitizer stationed throughout the facilities. We’re reminding staff to continue washing their hands, not to touch their face, not to come to work if they’re sick,” said Lawson.

Second, show up. This is especially important for those asking their employees to keep working. Although Lawson’s taproom is closed, the senior management team meets daily and brewery employees are still packaging beer (albeit from 6 feet apart while dosed in hand sanitizer). “For me, as the leader of the company, it’s really essential to be here, front and center, leading our team. As long as Karen and I, as owners, are asking people to be here, my job is to show up, to plan, to communicate the plan to employees, to try to keep them safe and to check in with everyone regularly,” said Lawson.

Third, stay close to key business partners. “Keep your lines of communication open, make sure that as you go through this that you’re checking in with people and letting them know that you’re still there. Maintaining relationships is really important,” said Lawson.

Fourth, focus on what can be controlled. “There’s so much uncertainty. There’s so much that you can’t control. That really ramps up our anxiety levels. So focus in on what you have control over, what’s right in front of you today.”

Right now, the brewery is focusing on what it can control by offering curbside and phone-ahead service from noon to 7 p.m. “If you can pop the trunk, you don’t even need to get out of the car. We’ll load up the beer for you,” said Lawson.

Fifth, look for opportunities. “In any crisis, in any adversity, there’s some opportunity for us to innovate or learn how to do things in a new way,” said Lawson. Right now at the brewery, that taproom closure is being viewed as an opportunity for deep cleaning. “We’ve been doing deep cleaning in our taproom building that wouldn’t be possible with our daily operations. And we are working on projects, like building a new beer cooler for our distribution over in the warehouse and reorganizing things in the administrative side of the building. Normally, being open seven days a week, we couldn’t do those things in an overnight period,” said Lawson.

Finally, stay positive. “I know this is hard,” said Lawson, “but having a good attitude can make all the difference in the world.”