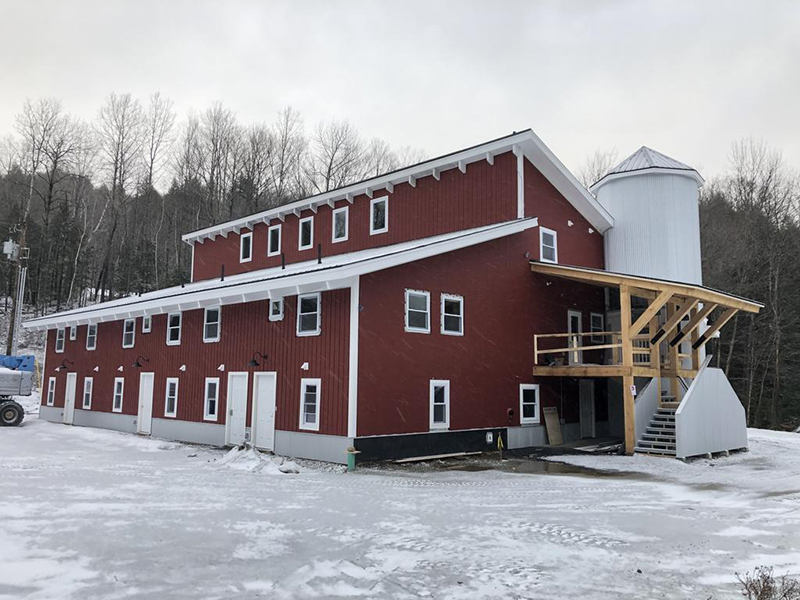 Zan and Dana Franc are reopening their two lodging properties in Warren and Fayston as state guidelines are relaxed.

The Francs have owned the Warren Lodge on the Mad River near the bottom of Sugarbush Access Road for five years. That property has all self-contained units, all with private entrances. The Mad River Lodge, a 22-unit property (formerly the Garrison) on Route 17 in Fayston, was extensively renovated by the Francs over the course of 18 months and opened for the holidays last December.

“The first season was phenomenal. It was as good as we could have hoped for. We opened up Christmas week and we were sold out every weekend except one,” Zan Franc said.

When the state COVID-19 closure shuttered inns and lodges, they’d been completely sold out at both properties for a four-day ski race and had to refund a lot of money, Franc said.

Things have also been going well at the Warren Lodge where they’ve developed a lot of repeat guests as well as a lot of good reviews on social media.

When the federal CARES package was passed, they were able to get Payroll Protection Program funds for both lodges and were able to keep their staff employed.

“Even before COVID, we’d already set up keyless entry for people. The doors have codes that we text to visitors or provide by phone. People can go directly in without having any contact with us. The rooms have fridges and we’re going to have to shut down the coffee station in the lobby of each property,” Franc said.

At the Mad River Lodge, 13 of the 22 rooms are accessed from the outside as well.

With the state’s staggered reopening they welcomed some in-state visitors for Memorial Day weekend. As of June 9, Vermont inns and lodges can welcome out-of-state visitors from counties that have fewer than 400 COVID-19 cases per 100,000 people.

“On June 15, we’ll open it up to guests outside of those initial counties if they have self-quarantined in their own state for 14 days,” he said.

The Francs and their three sons, ages 12, almost 17 and 23, have been living in their Warren home that is attached to the Warren Lodge since March 12.

“We’ve been here the whole time. We love it, but we wish there were more guests to greet. It’s been nice to have this time to spend with the kids. If someone had told us that we could pay what we’ve lost in revenues to spend this time with our kids, I think we would have done it,” Franc said.

He’s been working remotely at his corporate day job while sharing home-schooling duties with his wife, although he said she’s done the lion’s share of the teaching.