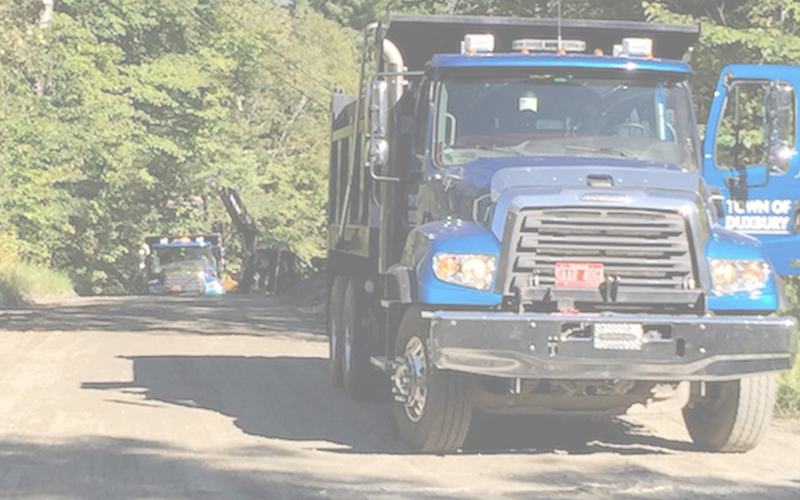 At the meeting, one Morse Road resident spoke up about road construction rumors associated with the Crossett Hill slope stabilization project. “I’ve been hearing rumors that there will be hundreds of truckloads of dirt coming up the road. Some tandem trucks,” said Kara Ramsdell. “I live at the end of the road, at the top of the hill. It concerns me that a lot of dirt will be dumped.”

Ramsdell was worried about both the pollution that might occur to surrounding rivers due to Crossett Hill-related dirt dumping and the erosion to Morse Road that might occur with increased truck traffic. “The sand and stuff that’s going to travel from the truck tires is going to end up in the ditches. It’s a dirt road!” she said. Morse Road starts about half a mile up Crossett Hill Road and runs in tandem with Crossett for another half mile.

“The town will increase chloride to keep dust down,” said select board chair Kevin Garcia to address Ramsdell’s concerns. He also noted that with more traffic on Morse Road, there will be more attention paid to the road. “If we start to see wear and tear or runoff, we will have to address it,” said Garcia. “We will need to keep an eye on it.”