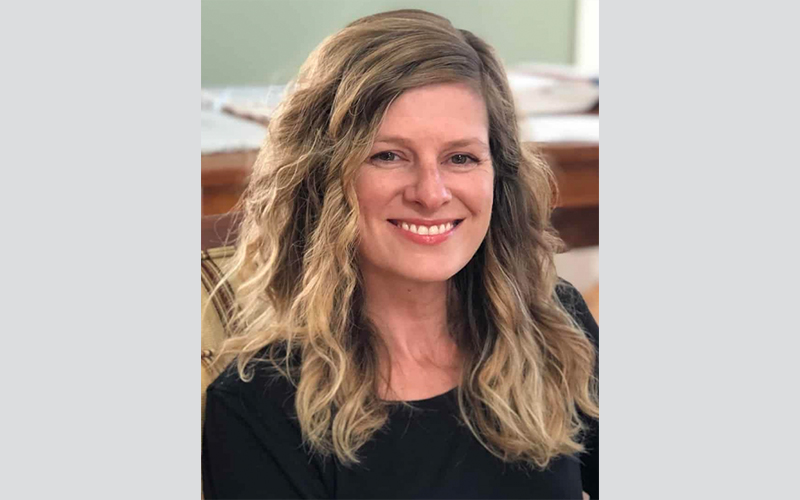 Indivisible Mad River Valley is a local grassroots organization committed to saving democracy. Last week, the group invited Elizabeth Shackelford, Rochester resident and former U.S. diplomat, to participate in a Q&A session over Zoom, where she shared the harrowing story told in her book, “The Dissent Channel,” of witnessing the U.S. State Department’s corrupt dealings in South Sudan, where she worked as a consular officer.

As a consular officer, Shackelford’s assignment was to look after the welfare of all U.S. citizens in South Sudan and report human rights violations. As she explained in her talk, the prospect of protecting human rights abroad is what drove her to join the U.S. State Department in the first place.

As a law student, Shackelford did an internship in Kosovo where she met several American diplomats. “It was fascinating to me. These were people who were around my age, and they were representing U.S. foreign policy. They were trying to enhance political representation and increase stability. It just seemed really meaningful,” said Shackelford.

This experience inspired the young law student to buckle down and study for the Foreign Service Officer Test (FSOT), the exam that one must pass to become a diplomat. Shackelford passed and by age 30 she was officially welcomed to the foreign service.

During her time as a diplomat, Shackelford worked in Poland, Somalia and South Sudan. However, her faith in the U.S. State Department’s ability to provide political stability to foreign countries and to ensure the health and safety of their citizens crumbled during her term in South Sudan.

Here’s the geo-political back story: In 2011, South Sudan gained independence from Sudan, which marked the end to Africa's longest-running civil war. However, two years later, violent conflict broke out in South Sudan after a political disagreement occurred between President Salva Kiir and former Vice President Riek Machar. The fighting is still going on today.

Shackelford, who served in South Sudan in 2013, during the rise and fall of the world’s newest country, was disheartened by the U.S. State Department’s approach to foreign policy during this conflict.

“Oil has been a massive driver of the conflict,” she said to viewers.  “Where the oil is, is literally the fault line between Sudan and South Sudan. It’s not yet settled in terms of boundaries and lines, so that’s where a lot of the fighting is taking place,” she said.

While South Sudan doesn’t have massive oil reserves, it has enough to literally “fuel” the fighting, as Shackelford explained. “Without the oil, you wouldn’t have been able to pay for the war.”

The oil is also where U.S. engagement and complicity comes in. “For years into the war, we still had advisors in the ministry of petroleum and the ministry of finance who were helping them (South Sudanese political leaders) figure out how to make money out of the oil without following up on the accountability for how they were spending that money,” said Shackelford. In other words, by supporting the extraction and profiteering of oil in South Sudan, the U.S. was supporting a war that was devastating South Sudanese people.

“The people of South Sudan suffered horrifically during this war,” said Shackelford, who went on to explain that by helping politicians profit in South Sudan, the U.S. was also helping them protect themselves from the devastating war that they themselves instigated. “They spent their money buying big houses in Kenya and other places. They were able to put their families in safe places so they didn’t have to worry about the violence,” said Shackelford.

Additionally, Shackelford told viewers that the U.S. State Department’s help with oil sales gave South Sudan more money to pay for Ugandan soldiers. “Without the oil, the war wouldn’t have continued. It’s a money game at the end of the day,” said Shackelford.

These events and others are what led Shackelford to resign from the U.S. State Department in 2017. Her resignation letter to Rex Tillerson has since gone viral. She is the first career diplomat to publicly resign in protest to the Trump administration. Since then, Shackelford has become an an advocate for greater civilian oversight of foreign affairs, local democratic activism and better leadership in Washington.

“I’m much more interested in a progressive foreign policy,” said Shackelford. “Not policy that values short-term stability, which often involves backing strong men who we have a history with and who we trust, so we turn our eyes away from a lot of bad acts.”