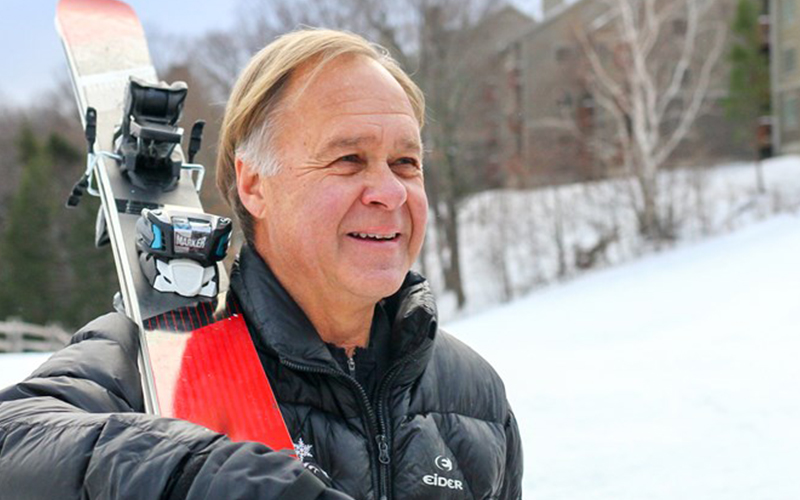 Sugarbush Resort has announced that John Hammond, formerly vice president of mountain operations and recreational services, will be stepping into the role of president and Chief Operating Officer. The announcement coincides with former owner and current president and COO, Win Smith, announcing his retirement.

“I am delighted to announce that John Hammond will be stepping into the role of president and chief operating officer effective September 1st,” said Smith. “John knows this mountain, its operations, and its guests through and through, and I could not be more excited for and confident in him moving forward.”

While Smith will continue on as an advisor to the current leadership team, he leaves behind a lasting legacy at Sugarbush, having owned the resort from September, 2001 to January, 2020. Smith brought with him a set of values from his previous career on Wall Street, a culture of closeness, and a personal commitment to guests and the community. Under his leadership the resort invested $75 million in capital projects, rebuilding the Lincoln Peak Village with a new hotel, base lodge, and skier service buildings, building two real estate projects, and investing in numerous mountain upgrades.

Hammond grew up in Middlebury, and attended the University of Vermont where he received a BS in Recreation Management. He first worked for Sugarbush in 1991 as a marketing intern while at UVM, later completing a mountain operations internship and eventually joining full time as a ski patroller after college. Hammond went on to become director of ski patrol, eventually adding terrain parks, lift operations, and trail maintenance to his responsibilities before becoming vice president of mountain operations. He has served in his most recent roll as vice president of mountain operations and recreational services since 2011, where he has held responsibility for winter mountain operations, Ski & Ride School, daycare, rental and repair programs, and summer mountain activities.

“I am extremely honored and grateful for this opportunity,” said Hammond. “While nobody can fill the void left by Win in this industry, I believe our resort’s leadership team is in a strong position to continue to improve upon the guest experience and cultivate further what Win and our team has developed here at Sugarbush.”

The full announcement from Smith is available on the Sugarbush website’s SugarBlog.

The Mad River Glen community would like to extend a warm congratulations to Win Smith on his well-deserved retirement. For the past 19 years, Win has served as the president and COO of Sugarbush Resort; during his tenure, he’s brought an immeasurable amount of value to Sugarbush and the Mad River Valley. From investing in on-mountain infrastructure and expanding slope-side accommodations to supporting charitable events, Win committed to improving the resort, to the shared benefit of the Mad River Valley community.

As Sugarbush looks forward to its next chapter with John Hammond at the helm, we are confident that he will build upon Win’s established legacy of leadership and investment both on mountain and in the Valley. We look forward to partnering with John and his team as we continue to offer the best New England skiing experience, bar none.

Congratulations Win, onto your next adventures, we’ll see you on the mountain!