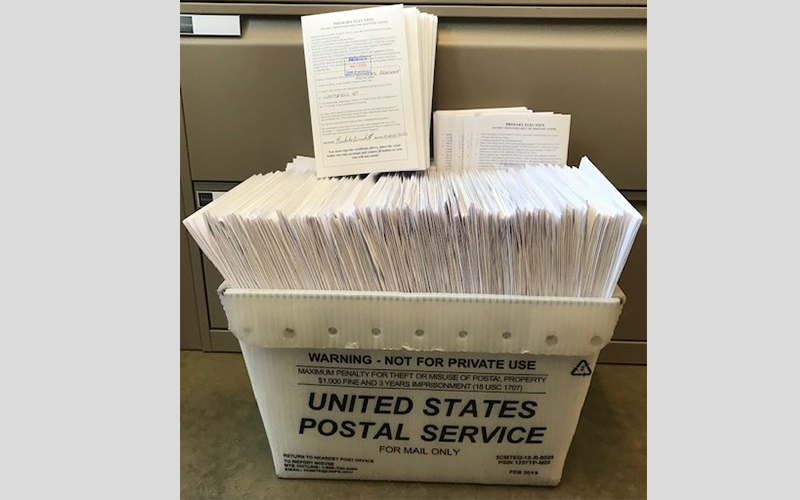 On Monday, August 10, Waitsfield town clerk Jennifer Peterson sent an email that featured a bin of 360 absentee ballots (or mail-in) that had been returned to the town, along with some stats about absentee ballot requests in years past. That prompted The Valley Reporter to reach out to other town clerks for similar information, which yielded the stats for this chart and other details.

Fayston town clerk Patti Lewis reported that the town mailed out 392 early ballots and had 265 as of August 10 and ended up with a total of 272 and 175 in-person votes. In the 2018 primary, Duxbury saw 265 voters casting 232 in-person votes and 33 absentee ballots.

Reta Goss, Warren town clerk, said that Warren had received 542 requests for absentee ballots with 340 of those returned by August 10. Warren ended up with 433 absentee ballots by the end of the day on August 11. In 2018 Warren voters requested 48 absentee ballots and 350 people voted at the polls.

Brown said that the 120 voters who showed up to cast ballots via drive-through voting were very positive about the experience and happy to be able to vote safely.