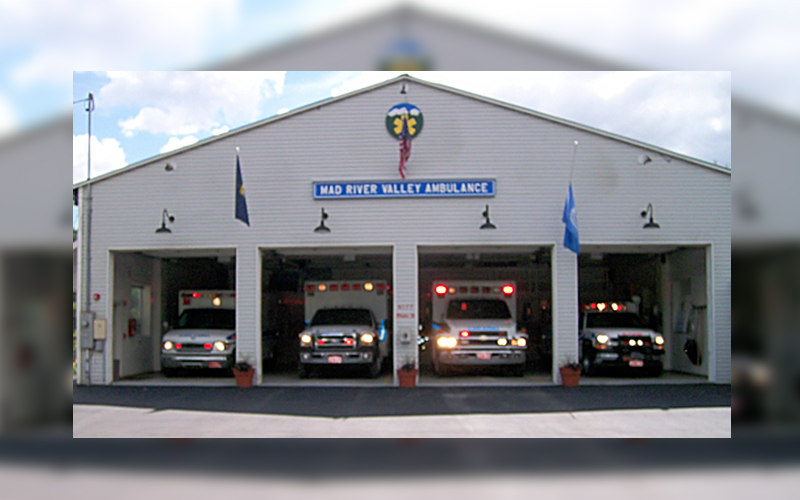 The Mad River Valley Ambulance Service (MRVAS) turned 50 years old on August 26, 2020.  Over 500 volunteers have responded to more than 16,000 calls during its half-century of service.

Before 1970, medical emergencies in The Valley were served by a hearse-ambulance dispatched from the Perkins Funeral Home in Waterbury.  This led to a group of community members who believed The Valley could care for its own to found the Mad River Valley Ambulance Service.

The original mission statement reads: “The mission of the MRVAS is to provide the four Mad River Valley towns of Warren, Waitsfield, Fayston and Moretown the highest quality of emergency medical services utilizing dedicated volunteers, technology and community support.”

The service has evolved from 11 members fielding 55 calls in 1971 to 78 active members responding to 457 calls in 2019.  Over that period, MRVAS has developed volunteers organized into five disciplines. 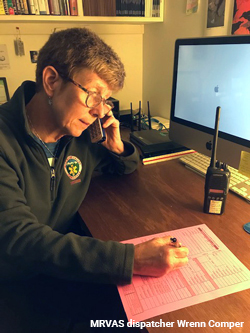 Initially, when someone had an emergency, they called a local number that was answered by someone at the Waitsfield Telephone Company.  The phone company paged MRVAS members who called on a phone line.  Today, all 911 calls go through a central answering point, and then out to a MRVAS dispatcher through a dedicated phone line and base station radio. Every shift is covered by one of 13 dispatchers. While many emergency services have contracted their dispatching out to private firms, MRVAS believes that a community member in need is best served by a neighbor with local knowledge. Linda Tyler, a dispatcher of seven years, said, “The dispatchers just do it – when a call comes in, someone is there to answer it, two 12-hour shifts a day, 365 days a year. We know the area, and often we know the patients. Somebody on the service always knows how to get to the scene, even if Google maps doesn’t.”

Initially, the service was only able to provide basic medical care. Through lobbying by MRVAS, advance life support training was approved for squads in Central Vermont , resulting in a higher level of care, a critical factor given the transport time to the nearest hospital.

Walker Randall, a five-year EMT, joined as a junior member while at Harwood.  He developed an interest in first aid while in Boy Scouts. After hearing that MRVAS had a junior program he decided to explore that interest. “After joining I discovered that the ambulance service was so much more than just broken legs and car crashes. Being able to make a difference on what is often one of the worst days of people’s lives had a huge impact on me. I discovered my passion for emergency services. I’m now studying emergency services management and working towards becoming a paramedic,” he said.

Drivers transport patients and vehicles, ensuring the safe operation of the vehicle while communicating with dispatch. At the end of calls, drivers perform a thorough maintenance and cleaning routine, effectively responsible for the health of the ambulance. Erik Reisner joined the service as a driver in 2007, and soon became an EMT as well. “I was new to the community and wanted to become more involved. I read a recruitment article in the VR and inquired about joining. So, I completed the Vermont Emergency Vehicle Driver Training Program. Driving on calls made me want to learn more. I undertook the EMT training so I would have more personal knowledge should I encounter an emergency and also be able to expand my skill set,” he said. 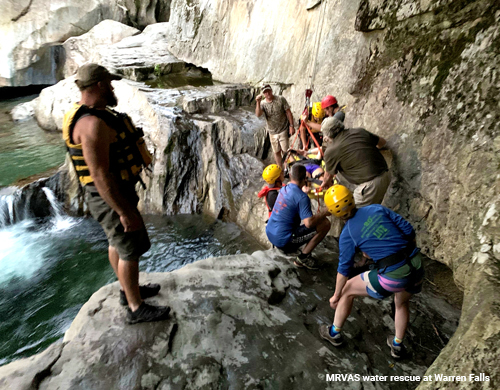 Rescue team members have duties ranging from vehicle extrication to searching for and transporting patients who are off road, e.g., on the Long Trail, over an embankment or in the river. Rescue members use snowmobiles, ATVs and the Stokes litter, used to manually carry patients over rough terrain. Kevin Van Schaick, a 31-year veteran of the service, currently heads up the rescue and search and rescue teams. “As I am driving to a rescue call, I run through the likely situation we will face on scene and review options for the safest, fastest and most efficient way to extricate the patient. I think about which resources we will need: the number and type of crew members and equipment required given the approach to the scene. That is why we train monthly on all the various rescue techniques and equipment. Here in The Valley, we have a huge variety of calls – everything from water rescue to carrying someone off the Long Trail, from using the Jaws of Life to extricate someone from a damaged car to using a backboard and pulleys to extricate the patient from a high loft in their condo,” he said. 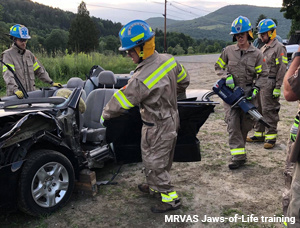 Technology was one of the pillars of the original MRVAS mission. Over the years, MRVAS has adapted to and adopted new technologies to enhance the capabilities of the service. A new Active 911 app enables dispatchers to send an alert to the membership, describing the nature of the call and Google map coordinates, expediting a rapid response to patient care. Part of the new Vermont EMS 2020 protocols includes the use of the FAST-ED app, which helps to pinpoint various types of stroke and identify the appropriate hospital for treatment.

Equipment needs and costs have grown exponentially during the past 50 years. MRVAS’s first ambulance purchase in 1971 was a used 1968 Cadillac model Z8 ambulance for $9,800. It was replaced by a wagon-style rig and then a van. One ambulance was joined by a second and then a third. The most recent replacement was a Ford F550 4x4 built to handle dirt roads and winter weather. All three of the squad’s current ambulances are equipped with LP15s which monitor heart rhythms, blood pressure, and oxygen and CO2 levels as well as act as a defibrillator during CPR. These details are transmitted ahead of the ambulance’s arrival to prepare hospital personnel for the incoming emergency. Mad River Rescue rounds out the fleet. It carries a wide assortment of rescue tools from the Jaws of Life used to extricate patients from a vehicle to pulleys and ropes used in water rescue and high angle extrications.

MRVAS was initially housed in the Waitsfield Fire House. As the squad grew and more space was needed MRVAS purchased and renovated Bonnette's Garage on Main Street  in 2000, with help from the community. The ambulance station provides a space for community gatherings, be it for CPR trainings or the annual Father’s Day pancake breakfast. MRVAS is present at many of The Valley’s signature events including the Green Mountain Stage Race, the Mad Marathon, and a variety of music, art and beer festivals.

Each year, hundreds of families in The Valley subscribe to the ambulance service. A subscription provides unlimited emergency medical transport for all household members along with two nonemergency transports. MRVAS also receives numerous donations from patients and their families. Valley businesses provide another foundation of MRVAS’s financial independence. At Town Meeting this year, Valley voters supported MRVAS’s request for $30,000 per town over the next two years to help fund the replacement of MR2 which will have logged 15 years of service at the end of 2020.

MRVAS is one of only a handful of all-volunteer ambulance services left in Vermont MRVAS was founded on the principle that it would be a volunteer service and remain independent.  This is still a guiding principle of the service 50 years later. Members remain dedicated to saving lives and providing the community with a sense of security that in an emergency, a highly trained MRVAS volunteer will be there to deliver state-of-the-art care. While MRVAS continues to evolve with the field of EMS medicine, its commitment to providing emergency care to the Mad River Valley remains the same today as it was on August 26, 1970.

To see a list of all current and past MRVAS volunteers, visit www.valleyreporter.com.