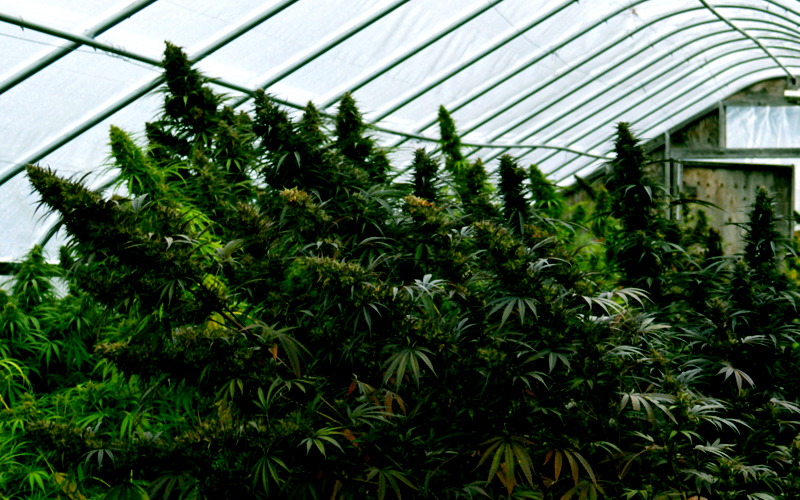 Where is all the hemp this year? Last summer, local folks driving along Route 100 could see and smell hemp for miles, especially by the Kingsbury Market Garden in Warren and the Gaylord farm in Waitsfield. This year, however, it seems that the hemp isn’t growing in droves like it used to.

“I will tell you that there were so many people involved in growing hemp last year that it really flooded the market,” said farmer Hadley Gaylord. “That created, in my mind, a very bad program. All this product, not enough people to process it. That’s just a bad combination.”

Gaylord lost 50% of his crop during a storm that hit The Valley last October. “We had a flood in October and half of that crop was under water. I had to throw it away.”

While Gaylord wasn’t able to evade the October flood that took out so much of his crop, he was lucky enough to avoid a statewide hemp fraud that impacted many Vermont hemp farmers, including Tonya Howell and Aaron Locker of the Kingsbury Market Garden in Warren.

Howell described how her farm was led into a fraudulent business deal with a man named Douglas Bell, the owner of a company called CBD-Vermont.

“The first year went great,” said Howell. “We were paid for our crop. So, the second year, we thought, let’s grow a lot of hemp for this guy! He came through for us the year before. So, we just thought, we’ll go for it.”

According to Howell, doubt over the contract with CBD-Vermont didn’t set in until late summer of 2019 when Bell failed to carry out the first part of their bargain. “He was supposed to coordinate the harvesting and drying of all the hemp. We weren’t supposed to do that at all. We were only supposed to grow it,” said Howell. “That’s when things started to fall apart. He wasn’t organizing anything.”

Howell noticed some red flags before the harvesting dilemma. While cloning plants at the beginning of the process, Howell, Locker and Bell communicated often. “That’s when we kind of got to know him. I would have to ask him over and over to get paid. I would send him an invoice and he wouldn’t pay us, and then I would have to remind him to pay us. And eventually, he did. He always paid us, up until then end.”

In December 2019, Bell was arrested for failing to pay Vermont hemp farmers for contracted harvests. According to state police, the 15 farms working for Bell across the state suffered a cumulative loss of $500,000.

“He ended up not paying any of the farmers that he had contracted to grow for him. And we were his biggest contributor. We grew the most hemp for him,” said Howell.

By January 2020, Howell and Locker had 6,000 plants, or about 5,600 pounds of hemp ready to be processed with nowhere to go. This led Howell to start her own CBD company called Mad River Botanicals which can be found in many local stores.

Her products include CBD oil, CBD gum drops, CBD topical salve, and eventually, Howell plans to have gel caps made for those who want to take CBD in pill form.

Howell is excited to launch her own business, which allows her to design her products from start to finish. “Our products are high quality, affordable and certified organic,” said How