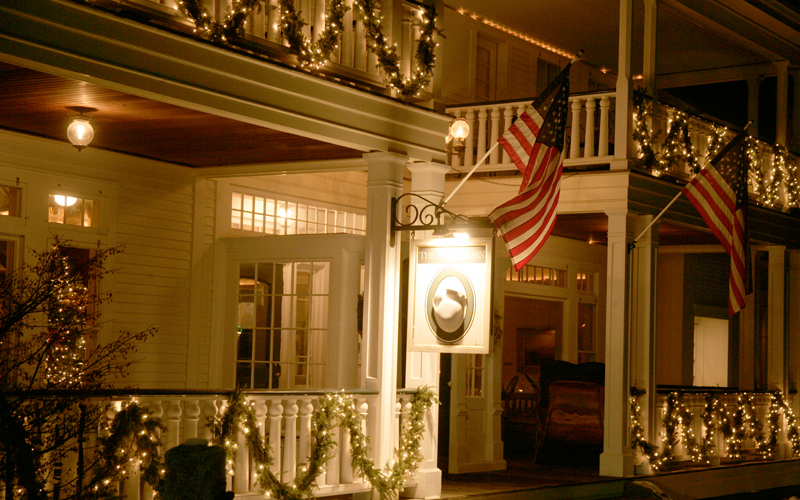 The Warren Store and Pitcher Inn have been sold to Sadie Dog, LLC, owned by George Dorsey of Middlebury.

The sale closed on September 1, a day after former owner Maggie Smith celebrated the retirement of Jack Garvin, manager of The Warren Store for 40 years.

“It turns out coincidentally that Jack decided to retire after 40 years. We did the send off for him on August 31 and closed on September 1. It’s funny to imagine Jack and I riding off into the sunset, two 70 year olds!” Smith joked.

Smith said that she was very happy that the two businesses, which form the center of Warren Village, were sold as sister properties.

“It’s important for the village of Warren,” she said.

Smith, who purchased the Pitcher Inn with her former husband Win Smith in 1997, then later purchased The Warren Store around 2001, said that the new owner, George Dorsey of Sadie Dog, LLC approached her over two years ago.

“He came to me unsolicited and I was not interested at the time. This time, we connected shortly after Christmas 2019. Our negotiations and timing had nothing to do with COVID as we were negotiating before the mid-March shutdown. We signed a purchase and sales agreement in July and closed this week on September 1,” she said.

Smith said that what she knows about Dorsey is that his LLC is named for his dogs and that he owns an art gallery in Middlebury and has properties in Florida and Montana with roots in Vermont having worked at the Sugarbush Inn when he was younger and having attended the University of Vermont.

“For me, the timing was right. I’m going to be 70 in May and it just worked out that I thought this was a good idea, given that I have seven grandchildren. I thought maybe it was time to lighten the load and drop some ballast and change directions,” said Smith, whose daughter Heather had been the executive director of the inn while living in Connecticut.

Smith said that the fact that Dorsey wanted to purchase both businesses together and did not plan on making wholesale changes in staffing helped her make her decision.

“One thing I’m pleased about is George is not making a lot of changes. He has spoken to every single member of the team. There may be some shifting of positions but everyone has been offered a job. Everyone seemed to be pleased with that. I don’t expect any massive changes,” she said.

Smith said that the sale was bittersweet.

“Having built and owned the Pitcher Inn (opened in December 1997) having owned The Warren Store for almost 20 years, selling was an extremely difficult and emotional decision. The teams we were blessed to work with are part of my extended family. I will miss the close contact and the camaraderie that we shared. They became part of my DNA! Any and all successes were due to their dedication and hard work. These are special properties in a special village. It was an honor and a privilege to steward them for so many years,” Smith said.

Despite selling these two Warren properties, Smith said she’ll continue to be a regular in Warren where she has a home.

Of her seven grandchildren, she’s got two more to get up on skis including a 4-month-old.

“We’ll continue to be up here. We’re dedicated to the area. We’ve been up there, Win and I when I was 18 and he was 20. I have every intention of staying in The Valley,” she said.

Her former husband Win Smith lives in Warren with his wife Lili Ruane and has recently announced he is stepping down as president of Sugarbush Resort.