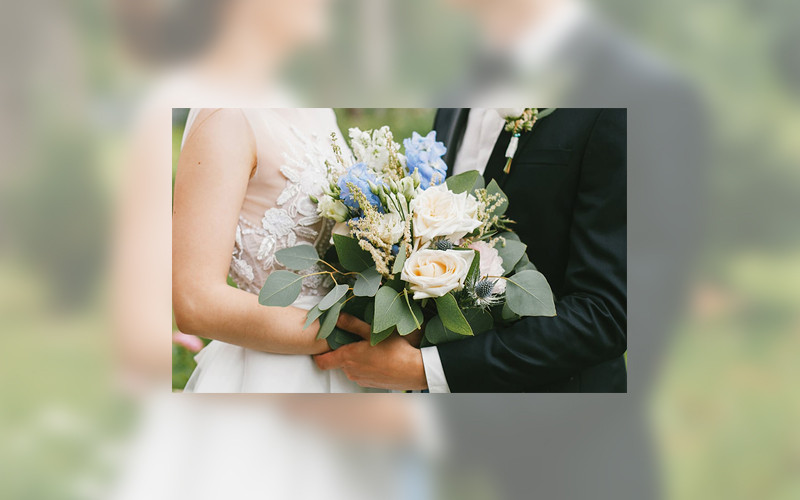 While many retail stores and restaurants are partially reopened after the pandemic, COVID-19 has left some businesses mostly shuttered and many wedding venues without a lot of ability to host weddings.

The state has set specific guidelines on how many people can gather inside and outside, based on the square footage and previous capacity for those spaces. That, coupled with lodging requirements that restrict at what capacity inns and lodges can operate, means for a lean summer tourist and wedding season. Currently inns and lodges can operate at 50% capacity or with a total of 25 staff and guests on site.

Gathering size is restricted to 75 people inside and up to 150 people outside.

How that translates for local inns and wedding venues has been varied. At Sugarbush where there is more room, sales manager Diane Forester said many of the 2020 weddings were moved to 2021 and that they are still getting substantial numbers of requests for weddings with 125-200 guests for 2022.

“We also started booking weddings on Fridays as well as Saturdays and opened up Rumbles’ Kitchen for a second venue for 50-100 people,” Forester said.

She also said the resort was offering packages for micro-weddings with 11 to 49 people as well as elopement packages for four to 10 people. Earlier this summer the resort hosted its first wedding, a small intimate event in a tent in the courtyard which went well.

“We’re getting our wheels under us,” she said.

Forester said that Sugarbush might typically host about 30 weddings from spring through foliage.

“Next year we expect to double that. We have people who were moved from 2020 plus those who are new for 2020. Next year is going to be busy,” she added. 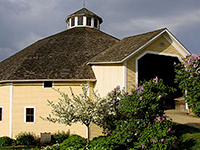 Kim Donahue, co-owner of the Round Barn in Waitsfield, said that one small elopement was held at the property in August.

“They followed all protocols and were aware of all the guidelines as they were all Vermont residents. While all protocols were followed, as the event progressed it became more important to remind guests of the protocols as their comfort levels with each other caused guests to relax their vigilance and observance of best practices to keep all safe,” Donahue said.

The Round Barn has three micro-weddings of approximately 20 planned through October, but the ability of guests to attend without quarantine is dependent on COVID levels in their home counties.

Donahue noted that because the state of Vermont’s safe travel map is published on Fridays, often times, guests who planned to attend travel to Vermont on a Friday for a Saturday wedding are suddenly excluded because their county changed from a safe color to an unsafe color.

Another challenge, she said, is that couples hosting weddings are reluctant to believe that rules apply to them and expect the Round Barn staff to relax the guidelines to wear masks and other precautions that contribute to the health and safety of guests.

“They also (innocently, for the most part) do not consider the impact of relaxing these rules on the health and safety of our staff who is serving them and our community that they are moving through,” Donahue said.

She pointed out that she and her husband and co-owner Jim Donahue feel that they have a dual goal of delivering amazing events while protecting the health and safety of guests, staff and The Valley.

“Loss of revenue is a result of following the very necessary guidelines and mandates for public health and safety dictated by travel guidelines, service guidelines and gathering restrictions. As we can see in the emerging situation in Killington to which at least 14 positive cases are reported, resulting from a gathering which took place, gatherings are risky. Our understanding is that all protocols were followed. Loss of revenue pales in comparison to illness or ultimately loss of life, although both could result in the loss of livelihood,” she added.

The Round Barn typically hosts over 50 group events per year with 35 to 40 of those weddings of various sizes. Donahue said that the Round Barn takeout suppers were seeing success and going strong.

WEST HILL HOUSE B AND B 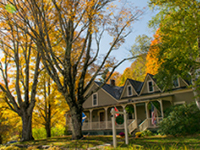 At the West Hill House Bed and Breakfast in Warren, owner Peter MacClaren and his wife Susan were just finishing up breakfast for guests when they were contacted. He said they hadn’t had a lot of guests do to the travel guidelines as well as the occupancy limits.

“But some is better than none,” he said.

He said that all of their weddings since March were canceled or postponed. He said there may be an elopement taking place as well as a small wedding which might happen in a few weeks.

“Everything else has been postponed or canceled because of the maximum number that we can host, 50. One of the things that has happened is that the larger venues are competing on our turf so opportunities that we might have had have gone elsewhere.

MacLaren said he’s been able to get the SBA EIDL grant as well as PPP funds through the CARES act which allowed his business to survive. He said that like many inn-owners, he typically sets asides funds throughout the year to pay property taxes which are due now, but had to use those funds to cover expenses during the shutdown.

“I expect foliage to be a total bust this year. The people that generally come are outside of our drive-time market and won’t be able to come without quarantine,” he said. 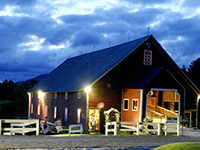 This would have been the 20th year of weddings and cultural events at the Skinner Barn in Waitsfield where owners Peter Boyton and Regina Darmoni had 16 weddings canceled for 2020 and four canceled completely with another 12 rescheduled for 2021.

“We also canceled our July production of “Annie Get Your Gun,” and our June Spring Gala fundraiser, the June kids’ theater camp session and a July “Broadway Cabaret” evening,” he said.

They were able to get an SBA loan through the federal EIDL program in late spring which is not a grant, and has to be paid back starting in January. That has helped them survive, he said.

“I applied for the ACCD program through the state of Vermont but got completely frustrated with the application process, as it kept being rejected as incomplete. I got a call just yesterday from a woman at the VT Arts Council asking if I wanted help with the application for that program and we’re going to talk today. I gave up on it a month ago through frustration and a bit of resignation that this is just a lost year financially, and in so many other ways,” he said.

He and Darmoni made lemonade out of lemons by tackling a number of renovation and repair projects on the property to keep their hands busy and minds calm. 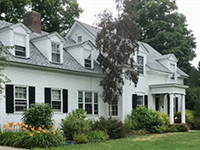 Sean Kramer and Farrell Leo, owners of the 1824 House in Waitsfield are waiting for the Legislature to sort through beaucratic tape that might allow them to apply for state COVID Relief Funds. Because they purchased the property in late 2019 and could not demonsrate a full year of state tax receipts, they’ve been initially exlcuded from state grants.

“No luck so far. We are waiting to hear if they will allow the sole proprietors to apply,” Kramer said.

“It went well, but as the group had the entire inn, mask wearing became "suspect" pretty quickly for some of the guests. It was nice to have a full house and have a bit of normalcy return. Summer is really slow, we turn away about 95 percent of our inquiries and reservations due to the travel restrictions,” Kramer added.

They recently started offering takeout lunch which is going well, albeit slowly.

“It is slow, but we are just getting started and have gotten some great feedback/reviews,” Kramer said.

At 1824 House foliage reservations are pretty sparse due to the travel restrictions. And Kramer said he thinks people are waiting and booking much closer to the time they want to visit.

“We are hopeful,” Kramer said.

As a side note, Kramer and Leo’s next adventure will be hosting a school pod in the barn starting next week for some 10 seventh-and eighth-graders from Harwood Union Middle School.

A group of us felt our kids needed more structure to the school routine than the remote learning offered. We have a parent who will be acting as a facilitator to help the kids and keep them motivated. We are planning to create extracurricular activities for the kids as well. We are all pretty excited to make the best of a bad situation,” Kramer said.