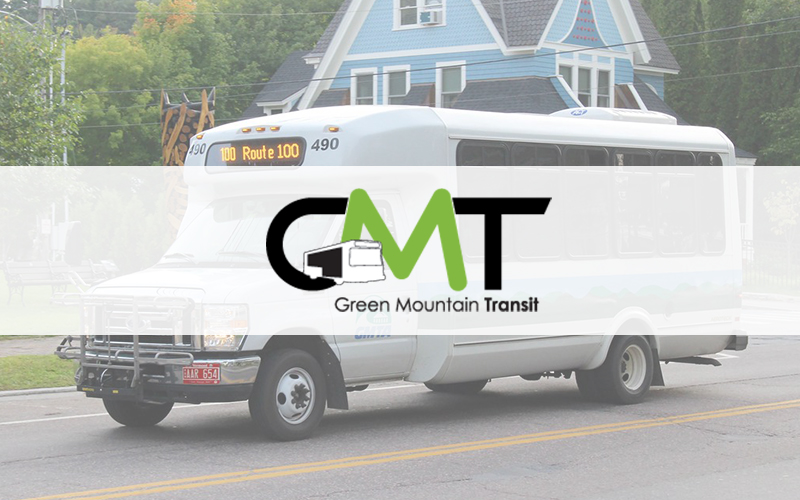 Traveling to the ski mountain will look different this winter. On September 8, Margo Wade, director of planning at Sugarbush, joined a Warren Select Board Zoom meeting to discuss Green Mountain Transit’s (GMT) potential bus schedule for this winter. In years past, GMT has had up to five routes running in The Valley during the ski season: four routes serving the ski areas and The Valley floor which run seven days a week generally from 8 a.m. to 5 p.m., plus The Valley Evening Service, which runs Saturdays, select Sundays and New Year’s Eve on a fixed route 5 p.m. and 1 a.m. The daytime routes are free, while there is a fee for one-way or unlimited travel for the Valley Evening Service. Season passes are available for the service.

With the exception of the Valley Evening Service and occupancy limits, due to COVID-19, the schedule will look very similar to last year. “Occupancy for buses will be 50%,” said Wade. Normally, the smaller buses regularly carry 18 people, but this year, the bus will only accept nine riders at a time.

Select board members were concerned about what limited ridership would mean for Sugarbush staff, many of whom use the bus as their main source of transportation.

“We’re putting a big push on attracting domestic workers,” said Wade, who explained that the international work and travel employees through the J1 visa program, which has been canceled on the federal level, rely on the bus for transportation, while domestic workers tend to have cars of their own. “We are targeting remote-learning college and high school students, since they’re home and have more flexibility.”

While all routes will still be available for employees and visitors, Wade hopes the push to attract domestic employees will coincide with limited occupancy requirements. “If we’re targeting domestic employees, there’s more chance they will come with a vehicle,” said Wade.

The MRV Transportation Advisory Committee (TAC) and GMT are working on finalizing the winter bus schedule for the upcoming season. The TAC meets monthly and currently remotely. TAC meetings are open to the public with meeting agendas, and remote access info, posted on the Mad River Valley Planning District web site.

At the meeting, select board members also discussed policing protocols in the town of Warren. The idea to host a discussion on policing came after the Warren Select Board received a letter from the Vermont State Police (VSP) stating that the department is fundamentally reexamining its approach to law enforcement. The letter said the reexamination was inspired by the national protests over the murder of George Floyd, an African-American man who died at the hands of police officers in Minneapolis.

However, no members of the public showed up for this discussion. Even select board members felt they had little to discuss regarding the VSP in Warren. “In Warren we have our constables and our sheriff that we contract with. State police are here and around, but they are not our primary go-to,” said select board chair Andrew Cunningham.

After a brief discussion about body cameras, the select board ended its policing discussion. “The Legislature mandated that the state cops wear cameras,” said Cunningham. “I gotta say it’s surprising that they haven’t done so sooner. Although they can get you in trouble, they can also save you. We’ve seen that footage, and the bad apples get exposed, and that’s what we all want.”