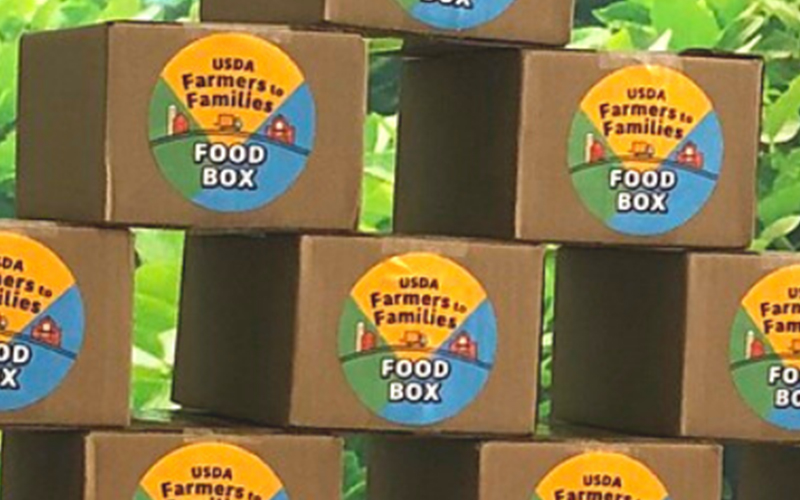 The delegation’s letter raises concerns about the continuity of operations in Vermont’s feeding program through October, the end of the federal program. The Abbey Group, a food service company based in Enosburg Falls, VT, distributed 568,682 food boxes containing local Vermont produce regionally from May through mid-September. The USDA selected Costa Fruit and Produce, based in Massachusetts, and Sysco, based in Texas, to distribute food boxes in Vermont for the third and final phase of the Farmers to Families Food Box program.

The Farmers to Families Food Box program partners with regional and local producers to purchase fresh produce, dairy and meat for distribution to food-insecure families. As vice chairman of the Senate Appropriations Committee, Leahy played a lead role in negotiating authority for the USDA program and including it in the Families First Coronavirus Response Act passed by Congress in March.

See the full text of the letter here.

Leahy said: “From May through September, the Abbey Group, along with their local partners, strove to do the right thing by purchasing local Vermont agricultural products and distributing them to families in need in a strategic, efficient and dignified manner. I fully expect that the new contract holders for Vermont will do everything they can to emulate Vermont’s past success with this program in its final month of operation. But I have serious concerns that the USDA’s decision to switch contract holders at the 11th hour will reduce the access to an important market for our Vermont farms, and food access for Vermont households.”

Sanders said: “The COVID-19 crisis has highlighted the huge struggles and inequities that so many Vermonters deal with each and every day. Fortunately, federal programs like Farmers to Families have stepped in to help meet basic needs, while also supporting local businesses. For months, the Abbey Group has successfully put healthy, local food into the hands of hungry Vermonters, while supporting local farmers and producers who are also struggling as a result of this pandemic. USDA’s failure to even review the Abbey Group’s application will likely mean less food on Vermonters tables and lost sales for our farmers, right before winter. I will continue to fight in Congress to expand and improve Farmers to Families, as well as other critical food programs like 3SquaresVT, Pandemic EBT and universal meals for children.”

Welch said: “Abbey Group has done amazing work this summer making sure that Vermonters have fresh, local food in the midst of this pandemic. I have serious concerns that Costa Foods and Sysco will not be able to deliver the same amount of food with similar locally-sourced produce. Any delay caused by switching providers hurts Vermonters trying to put food on their table during an unprecedented crisis. I am disappointed that USDA would switch to two out-of-state vendors without even communicating with the Abbey Group or the Vermont Congressional delegation. I will continue to demand answers from USDA about why they made this last-minute decision that could have serious consequences for Vermont families, producers and communities.”