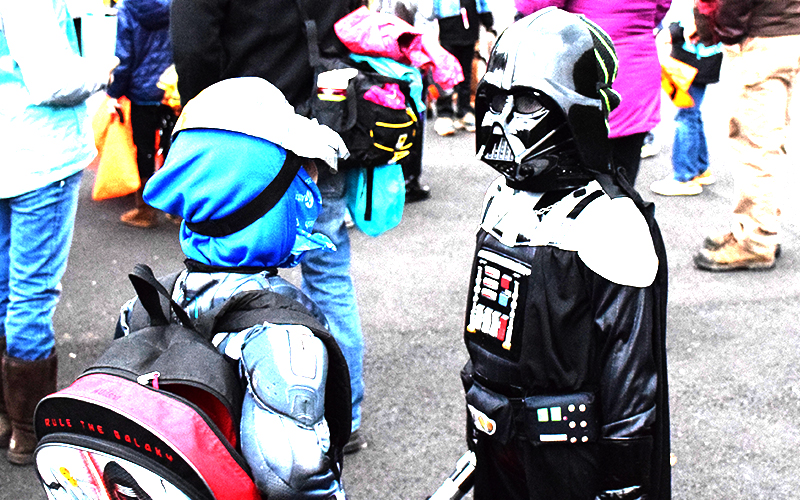 In years past, Old County Road in Waitsfield and the streets of Warren Village have been closed for large community celebrations of Halloween, including a jitney in Waitsfield to ferry costumed revelers up the road.

Neither of those celebrations will take place in that form this year due to CDC and Vermont Department of Health guidelines. But organizers in both towns are working hard to create some kind of safe, community event.

Cheryl Kingsbury, who lives on Old County Road, is reaching out to residents of that neighborhood to try and organize a safe Halloween celebration that may include a display of lit pumpkins and some limited trick or treating. She was meeting with her neighbors via Zoom as The Valley Reporter goes to press on October 7.

She noted that there are many older neighbors with compromised immune systems who will not be handing out candy, but said that a few neighbors still want to.

“I predict there will be a mix and that we will be putting up signs to indicate which houses are trick or treat houses. I do know that the jitney will not be running, but we will still try to close down the road on Saturday night from 5 to 8 p.m.,” she said.

“This event is in the beginning stages of planning. Stayed tuned for more information in the weeks to come,” she added.

Lisaius said there would be no trick or treating in the village and that the streets would not be shut down to avoid people congregating. She said that organizers are working on plans that might include some sort of a haunted walk and a socially-distanced costume parade.

“We don’t know how many volunteers we’ll get. That will have an impact on what we can do. We may try to have a trunk or treat option where costumed kids go from car to car trunk – at safe distances – with the cars parked along the tennis courts at Brooks Field,” Lisaius said.

“Or we might have prepackaged bags of candy on tables. The select board doesn’t want it to be anything other than a safe community gathering. People will have to have reservations to attend,” she added.

The Warren Select Board will be discussing Halloween plans at its meeting on Tuesday, October 13.

The Waitsfield Select Board briefly discussed Halloween on September 28 but decided not to weigh-in.