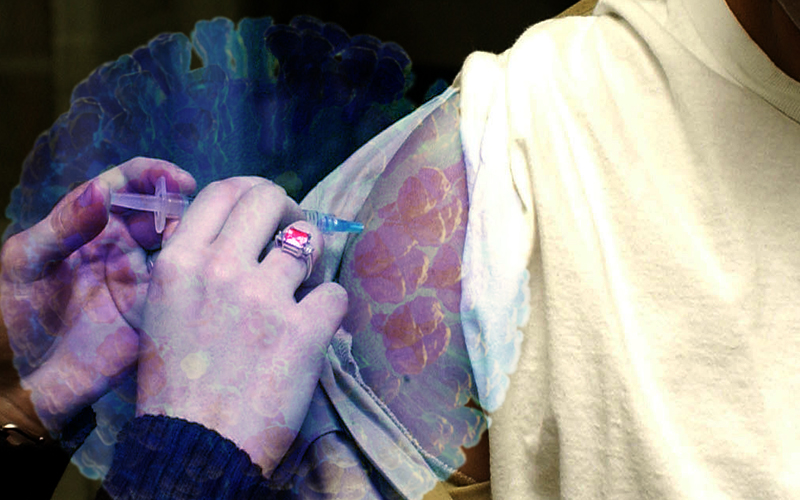 The Valley Reporter has fielded a fair number of questions from local folks who are unable to schedule a routine flu shot at the local health center, CVMC Family Practice, Mad River which is now owned and operated by Central Vermont Medical Center.

What people are being told is that if they’re coming in for another reason, they can get a flu shot while they are there, but they cannot make an appointment for a flu shot. When the building that houses the medical practice was upgraded from the small ranch house that used to host it, to a two-story, grant- and community-funded resource, its mission statement included specifics about providing medical care for all members of the community.

Some community members have been able to get flu shots at Kinney Drugs in Waterbury and other locations in the state. Some seniors have been told that there are not enough of the higher dose flu vaccines that are recommended for seniors when they seek out the shot. Others have chaffed at the idea of driving to Berlin or elsewhere for a flu shot when The Valley has its own medical center.

Elliott Bent, who is director of communications and engagement for CVMC, said that CVMC was hoping to offer a flu vaccine clinic in Waitsfield, but said that staffing and the pandemic have made it difficult.

“The pandemic has changed the way we do things and one of those things, for example, is walk-in clinics like we’ve done in the past. There are challenges in terms of social distancing, PPE and staffing,” he said.

“It’s important that people get flu shots and we’re working hard to make it accessible. People with existing appointments can get flu shots during their wellness checkups and office visits. For others, we’ve been running a weekend drive-thru clinic in Berlin that’s been focused on pediatrics. Our individual family practices have been ramping up to host flu shot clinics and we’re working on one in the Mad River Valley. We haven’t settled on a date and time,” Bent said last week on October 22.

“It comes down to issues of space and social distancing and PPE. We are working on a plan,” he added.