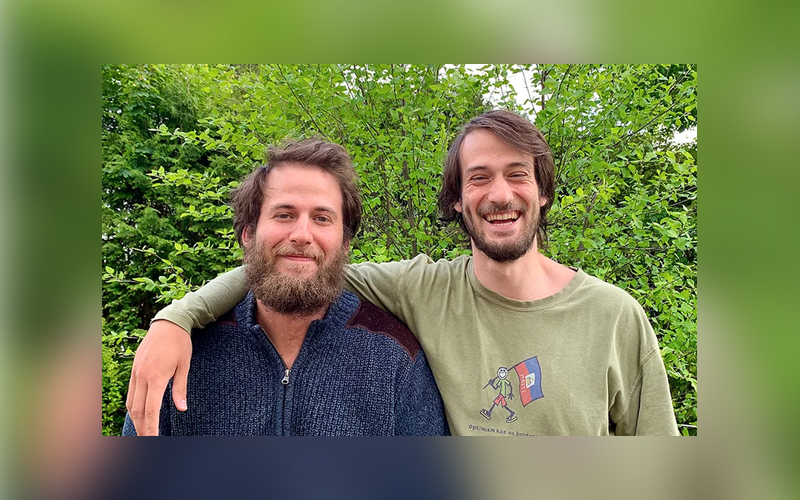 Editor’s Note: This is the first part of a two-part story.

It was Thanksgiving Day, 2019, when Waterbury resident Rory Van Tuinen took ayahuasca for the first time. For Rory, taking ayahuasca symbolized a last-ditch attempt to overcome his heroin addiction. Much to his delight, it worked. Rory stopped using that day.

Ayahuasca is a hallucinogenic tea made from two native Amazonian plants, the ayahuasca vine and a shrub called chacruna, which contains the hallucinogenic drug dimethyltryptamine (DMT). Neither plants are illegal in the U.S.; however, the DMT in the leaves, the psychotropic substance that causes hallucinations, is classified as a Schedule I drug.

“I was using heroin for about 10 years,” said 28-year-old Rory, who started using right after he graduated from Harwood Union High School. “Right out of high school, all my friends went to college. Then, I lost a close friend. The only real friends I had around were using, so I got lost in that.”

Over the years, Rory’s addiction intensified. “Towards the last three years, it got exponentially worse. It got to the point where I thought, I’m probably going to use this stuff until I die,” said Rory. “Towards the end I was using every single day for six months. I didn’t have much hope. Then I had this ayahuasca experience and stopped using.”

Rory’s ayahuasca experience reflects broader research on ayahuasca and addiction. A 2010 study published in the Journal of Drug and Alcohol Dependence reported that ayahuasca users had more success in quitting drugs and alcohol (except cannabis) than non-ayahuasca users.

A 2013 study from conducted by the University of British Columbia found statistically significant reductions in use of alcohol, cocaine and other addictive drugs after an ayahuasca-assisted therapy in a sample of Canadians with no prior experience with ayahuasca. Participants also reported improvements in mindfulness, empowerment, hopefulness, quality of life-outlook.

One study published in the Frontiers of Pharmacology Journal in 2016 even claimed that ayahuasca “facilitates a neurological rewiring of the brain’s reward pathways,” by altering communication between neurons, which subsequently alter existing neural circuits that mediate maladaptive addictive habits.

The idea of using hallucinogens as an avenue towards healing came from Rory’s younger brother, Ryan, who had a positive experience using psilocybin, another hallucinogenic substance, to treat his chronic depression.

“I was struggling with depression and anxiety and the pharmaceuticals that the medical establishment offered me weren’t helping. I started researching alternatives,” said 26-year-old Ryan. On his quest for psychological relief, Ryan came across research from John Hopkins University showing that psychedelic treatment with psilocybin can relieve major depression. He tried it. Much to his delight, it worked.

“It helped me, so I encouraged Rory, who had an active addiction at the time, to try something different. That’s when he tried ayahuasca and had some positive change from it,” said Ryan.

However, neither Ryan nor Rory believe that hallucinogens are a cure-all for addiction or mental illness. Both brothers left their psychedelic experiences understanding that, while hallucinogens may reveal the path to healing, it’s one’s own responsibility to walk that path.

“The ayahuasca was huge,” said Rory. “Without the ayahuasca, I wouldn’t be here, in this manner. I’d still be using, or I’d be dead from using. It was a huge catalyst.”

“But that’s all it was, a catalyst,” he continued. “I don’t like to focus on it so much. It was the thing I needed to open up to feelings and thoughts I was suppressing for 10 years.”

Rory’s ayahuasca trip was marked by dualistic insights. On the one hand, he felt overwhelmed with a sense of love and hope. “The first message that I got from it, that stays true to this moment, is: love is abundant.”

“There was an essence of feeling like a kid again,” he continued. “That feeling when you’re young and life is full of wonder and hope, and that there are so many opportunities. That’s what it showed me: that there was an opportunity.”

On the other hand, the experience gave Rory a sense of impending doom, one that he never had while numbed by the influence of heroin or the medically-assisted methadone treatment supposed to help him get off it. “There was this sense of loss, a sense that I was about to lose everything. I thought, if I continue what I’m doing, I’m going to be dead.”

While these psychedelic experiences were profound, both Rory and Ryan were adamant that psychedelics alone won’t cure one’s ailments. For instance, younger brother Ryan had his first psychedelic experience at 23. Immediately afterwards, he thought his depression was cured. However, four months later, he was back where he started. “Psychedelics can give you incredibly powerful and profound insights and new perspectives. But if they aren’t followed up with the right setting, they won’t amount to much,” said Ryan.

So, if psychedelics are merely a catalyst for change, what is the right setting for consistent healing? Ryan and Rory both believe true healing starts with the cultivation of meaningful human relationships. For instance, when asked why he believes he sank back into depression four months after his life-altering psilocybin experience, Ryan told The Valley Reporter, “the problem was, I was still isolated.”

Ryan went on to cite a rat study that promoted the link between connection and healing, one that held strong even for those under the grip of heroin addiction. “The rats in a cage with heroin-laced water and nothing to do would drink the heroin water until they died. But rats in an environment with family, friends and plenty of things to do, wouldn’t even touch the heroin,” said Ryan. “That’s what we think treatment should be focused on: creating a better cage, so to speak.”

This is part 1 of a 2-part story. See next week’s issue of The Valley Reporter for the second half.