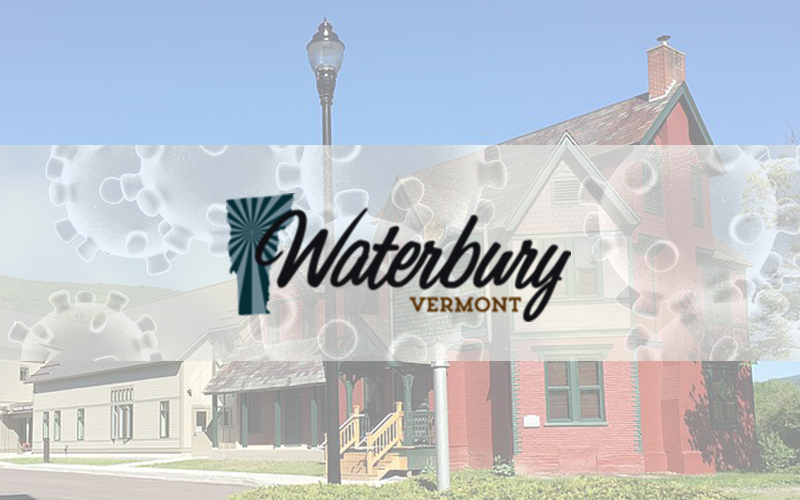 Before coronavirus cases surged in Washington County, the Waterbury town officials and boards were transitioning to more in-person work, and allowing public visits to the municipal building by appointment. Now, Waterbury is looking to return to a completely remote working schedule with no public visitation, based on input that Waterbury town manager Bill Shepeluk received from Governor Phil Scott himself.

Along with other county representatives from Washington and Orange counties, both of which have had extreme coronavirus surges in the past few weeks, Shepeluk attended a Zoom meeting to hear directly from Governor Scott and state health commissioner Dr. Mark Levine about what these counties could do to minimize the spread of the virus. Shepeluk reported on the meeting, and its implications, to the Waterbury Select Board on November 16.

“I’m not planning to lay anybody off right now,” he told board members. “But I can’t rule that out in the future.” Without the need to staff a building, laying people off might be necessary, implied Shepeluk. “We have to be concerned first about the taxpayers.”

Additionally, Shepeluk reported that all boards must move back to fully remote and digital meetings. “Some bodies, like the planning commission, were moving back to meeting in-person. That will stop for the time being,” said Shepeluk. “Hopefully this will only last for a couple of weeks. Hopefully it doesn’t go on for months and months,” he added.

Recounting the tone of the meeting that Shepeluk had with state officials, Shepeluk reported that, “things in Washington and Orange counties are dicey right now.”

“As Dr. Levine described it, a situation is not quite an outbreak but a situation of great concern where there are small core groups with one or more cases reported,” said Shepeluk. For instance, the Four Seasons Restaurant in Northfield has a significant situation in their population.

“They are pretty certain it was a staff member who brought it in,” said Shepeluk about the Northfield situation. “Dr. Levine places the blame squarely on parties and social gatherings that happened at Halloween in particular.”

At this meeting with state officials, Shepeluk asked the governor if he would consider closing restaurants or other public facilities in the effected counties. Dr. Levine responded to Shepeluk, stating that he believes restaurants can remain open safely provided that the restaurant management imposes the limits and restrictions that the state requires. Levine said, if everyone behaved as if they were at a restaurant while in the presence of others, that is, socially distanced with masks on and only interacting with people from one’s own household, the state wouldn’t have these problems.

“They believe that allowing businesses to keep operating is within the safety factor. But there’s a strong concern about people who are gathering with friends,” said Shepeluk. This includes deer camp. “If you go to deer camp with someone outside your own household, you need to quarantine for 14 days when you get back, just as if you went to New York or Massachusetts” said Shepeluk.

State officials just want to keep the health system functioning and keep schools open, reported Shepeluk. “They are concerned that the emergency rooms and the beds at CVH are starting to fill up,” he said. “And unlike a few weeks ago when one person from school got sick, they just had that person quarantine while the rest of the family could come and go as they pleased, now if a family member gets sick and is asked to stay home from school, if they have brothers and sisters, they won’t be able to go to school either.”