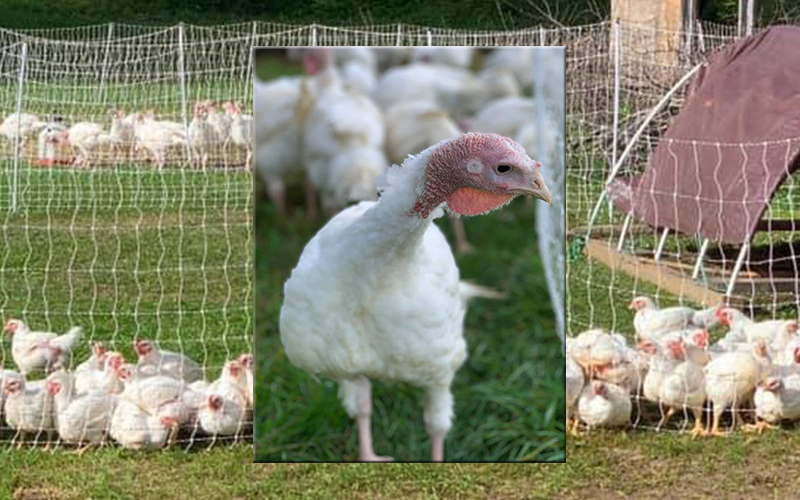 While turkeys can still be ordered from Mehuron’s and Shaw’s, a few local growers have already sold out.

Hadley Gaylord, Waitsfield, typically sells about 100 Thanksgiving turkeys. This year, he had trouble getting quite that many live birds by mail because it was so hot and they didn’t all survive. Those he did get are all spoken for and will be processed this Saturday, November 21.

“I’ve been sold out for a while. I have big and smaller birds. I don’t know what people’s mentality is in terms of buying bigger or smaller birds, but the phone’s been ringing off the wall,” he said.

At Ellen’s Overlook Farm in Fayston, Bowen Holden and family raised some 40 turkeys and those sold out before they were even processed this year and last year. Holden said she was initially concerned about those orders with new state guidelines on out-of-state travel and people celebrating only with those in their own households. Her turkeys are 18 to 20 pounds.

“So far, nobody has changed their plans and everyone is picking up on Friday. I’ll be 100% sure when they’re all out the door on Saturday,” she said.

Turkeys are also available through Roots Farm Market in Middlesex. All are about 15 pounds.