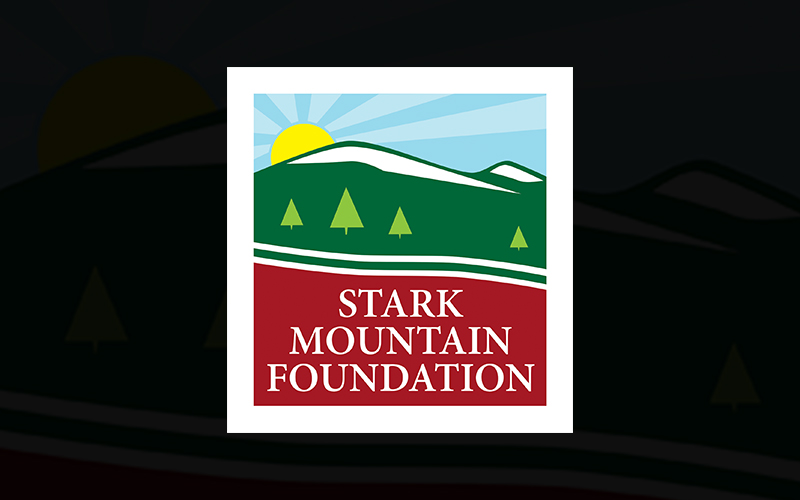 The Stark Mountain Foundation celebrates its 20-year anniversary this month! General Stark Mountain is located in Fayston and is precious to many for its beauty and multi-season recreational, environmental and educational experiences. Since its founding in November 2000, the Stark Mountain Foundation (SMF) has focused on preserving and protecting this treasure. SMF is a 501(c)3 charitable organization, supporting programs and sustaining the environment for the enjoyment of present and future generations.

SMF serves as a steward to the mountain.  Examples of mountain preservation include funding support to Mad River Glen (MRG) for repairing bridges and culverts, replacing grooming machines and improving snow management. SMF has provided funding for Stark’s Nest and the Warming Hut at the top of the double chair. The organization participated as the fiscal sponsor of the MRG’s successful $5.5 million Preserve Our Paradise Campaign, funding capital improvements to preserve legendary winter recreational opportunities and related infrastructure.

In its efforts to enhance the community’s mountain experience, SMF has supported a variety of educational programs, including the Owls and Their Calls presentation from the Vermont Institute of Natural Science (VINS) and the Magic of Bird Migration with Naturalist Brian Aust. Its Kent Thomas Nature Center is filled with interpretative displays focusing on the flora, fauna and geology of the mountain. It houses a collection of animal specimens such as porcupine, fisher and even a baby bear cub.

SMF recognizes the importance of recreation and play on General Stark Mountain. To this end, the organization has held a Story Ski for children each of the past two winters. Children ski along a trail reading pages from a story, ending with an event directly related to the story. SMF has also partnered with other organizations, such as the Green Mountain Club in creating directional signs for summer hiking and the Long Trail. Snowshoe trails add opportunities to access the mountain in winter months. Each fall, the Stark Mountain Foundation runs the Stark Mountain Foundation Hill Climb, Due to COVID, that event was not held this year.