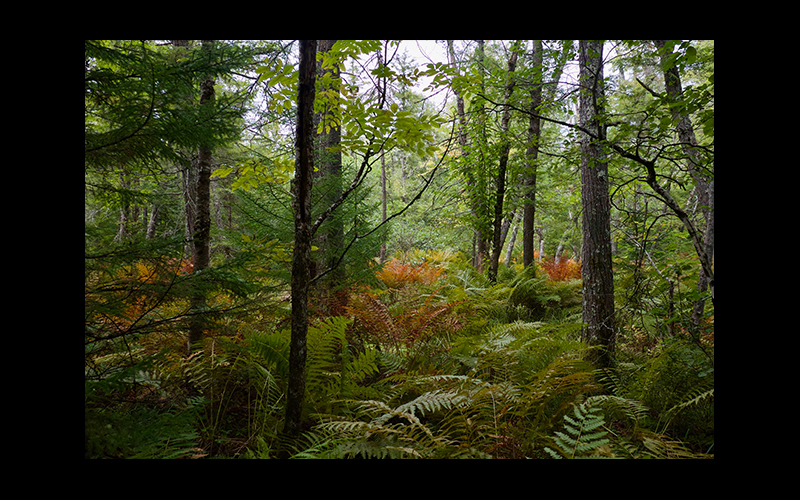 Six Mad River Valley residents joined with 12 other Vermonters to form the Vermont Alliance for Half-Earth. The alliance is working to bring to Vermont the vision of E.O. Wilson’s Half-Earth Project.

“With science at its core and our transcendent moral obligation to the rest of life at its heart, the Half-Earth Project is working to conserve half the land and sea to safeguard the bulk of biodiversity, including ourselves,” Wilson wrote.

The six local residents, Kari Dolan, Curt Lindberg, Katie Sullivan, Brian Shupe, Waitsfield; plus Corrie Miller, Fayston; and George Schenk, Warren; are working with the alliance to increase awareness among the state’s citizens, but especially its students and teachers, of the role of biodiversity in healthy ecosystems and provide guidance on what residents can do to preserve biodiversity in their yards, forests and towns.

According to Lindberg, humanity is destroying the rest of life on Earth.

“Bird populations have fallen 30% across North America since 1970. Insects, which most birds rely on to feed their young, are in peril: 40% of insect species are in decline and facing extinction and even some protected areas have lost 75% of their flying insect biomass in just 30 years. Many of us don't notice the increasing thinness of life because the changes are gradual. We don't remember that there were more birds singing 40 years ago and more bees buzzing around more flowers. One million species are facing extinction, many within decades,” Lindberg said.

DEDICATE HALF TO NATURE

“Using population models, conservation scientists tell us that if we want to save at least 85% of the species on Earth, sufficient biodiversity to prevent the collapse of ecosystems, we must dedicate half of the Earth's surface to nature. Any less and we lose more species to extinction. The idea is pretty simple. Carrying it out, however, is daunting. That's why biologist Edward O. Wilson started the Half-Earth Project, an effort to share this mission and make it a reality,” Lindberg added.

Biological diversity, or biodiversity for short, is what many people think of as nature. Biodiversity is a measure of the variety of species and their relative abundance. A fuller understanding of biodiversity also includes the genetic diversity within species, interactions between species and the organization of species across the landscape. Habitat which supports large, stable populations of more species is more biodiverse. It also means that each habitat and ecosystem contributes to global biodiversity by being the home of specific species of plants, animals, fungi and microorganisms.

“There are many lenses through which we can see the value of biodiversity. Instinctively, many of us feel that nature simply has a right to exist and thrive for its own sake. Another perspective is that biological diversity is the foundation of healthy ecosystems, and healthy ecosystems provide valuable goods and services. This seems like common sense. All living organisms depend on other living beings for survival, and we’re no exception,” Lindberg said.

In a 2020 report, the World Economic Forum estimated that $44 trillion of the world’s economy (over half of global GDP) is dependent on nature and its services. Here in Vermont, healthy ecosystems contribute to economic well-being by providing clean water, flood protection, pollinator services, carbon sequestration, timber production and recreational opportunities. Beyond working to produce oxygen, capture carbon dioxide and clean water, nature has been shown to contribute to human health in a number of other ways. Benefits of nature contact include improved child cognitive and motor development; decreased stress, anxiety and depression; reduced diabetes and obesity; improved immune function; general improved happiness and life satisfaction; and more.

“Protecting biodiversity can be our way of giving back to the ecosystems that support us, while also caring for ourselves, each other and future generations,” Lindberg added.

This is the first in a series of articles about what area residents are doing on their land to preserve biodiversity and what people can do in their yards and in The Valley. To learn more about biodiversity visit “A Shared Life: People and Biodiversity in Vermont” at arcg.is/uaymH and check out the Half-Earth Project at www.half-earthproject.org.