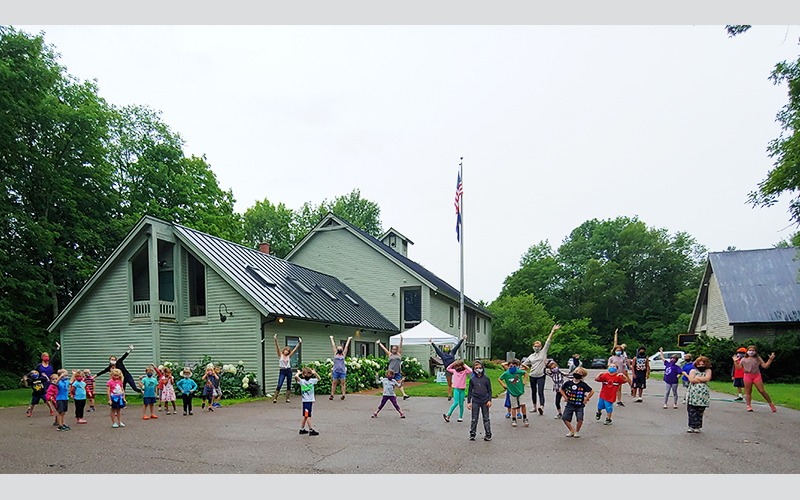 At some point in the coming weeks, the former Small Dog campus in Waitsfield will be sold to Neck of the Woods child care facility which serves 65 students.

The 11-acre campus is owned by Don Mayer and his son Hapy Mayer of Warren and Fayston, respectively. The property was on the market when Neck of the Woods (NOW) approached the Mayers about renting it this summer to set up a summer camp.

“We discussed it with them and while they wanted to buy the buildings, they were not yet in the position to do so. They asked me what we would charge for rent if they wanted to use the buildings for the summer. I gave them our typical rental rate of about $9/square foot and that seemed to be out of their budget,” Don Mayer said, recalling his discussion with NOW founder and director Moie Moulton and administrator Catrina Brackett.

“Out of the blue, I believe it was Catrina or Moie asked if we could give them a “nonprofit” deal. I spoke to Hapy about it and given the seriousness of the pandemic and the pressing need for child care during the pandemic without the schools being available, he and I decided that we would allow them to use the buildings temporarily during the summer for the summer program at no cost (the carrying cost for the buildings is about $9k/month) so it was a bit of a stretch for us but we were committed to child care and both thought it was important,” Mayer added.

During the summer the Mayers started talking about selling the buildings to NOW. The property was on the market for $750,000 and the solar farm was additional.

“We liked what they were doing and decided to discount the price considerably for them,” Don Mayer said.

The Mayers operated Small Dog Electronics from that property for eight to nine years and at the time had talked to others at nearby Controlled Energy and Northern Power (both businesses have moved from the Kingsbury Industrial Park) about trying to create a cooperative child care facility either by Northern Power or on the Small Dog campus.

“We had a bunch of meetings but it never got off the ground. But it’s a good idea and it’s a real issue. Especially during the pandemic, it’s become a huge issue,” he said.

“This summer was our first exposure to what NOW is doing and how they’re doing it. We liked their vision for the property. They’ve got great plans and I’m very happy that the facility is being used like this. It’s great to see activity down there. When I go there and see kids and they’re happy, it’s great,” he added.

The purchase of the campus is the first step in developing the property into a more comprehensive child care, afterschool care, summer camp and community center for which fundraising efforts are underway.