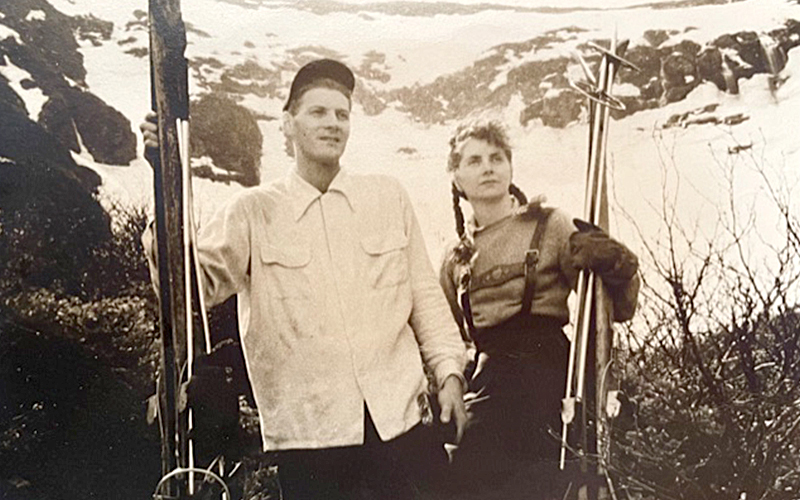 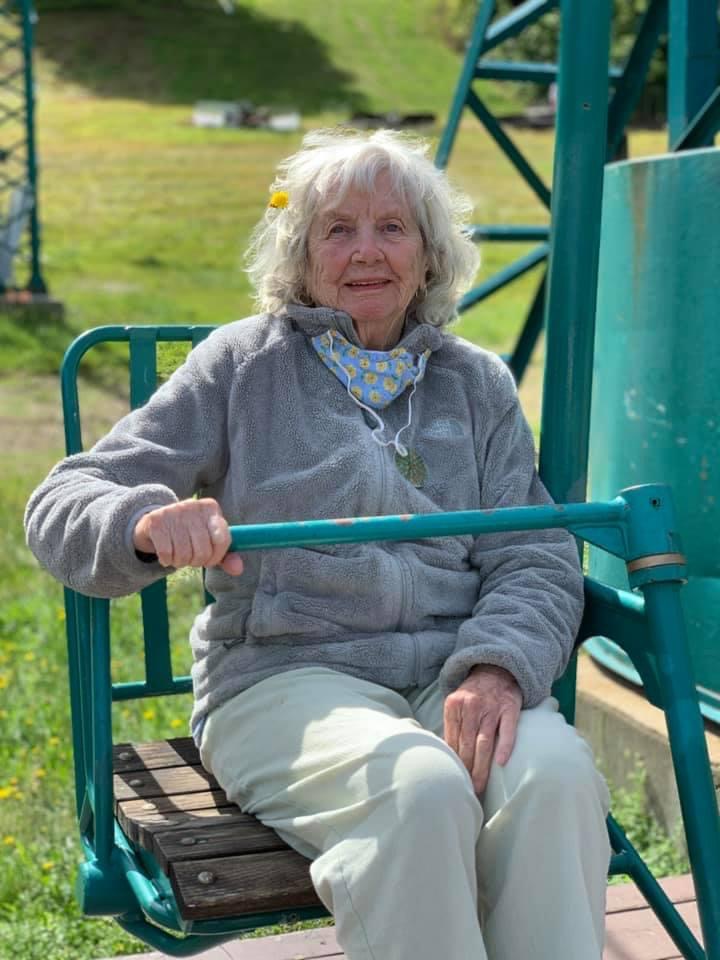 Janet Mischler celebrates her 100th  birthday next month and while she won’t be skiing to celebrate, she’ll be celebrating in the ski house that she and her husband built on Route 17 shortly after their first visit to Mad River Glen in 1949.

“We had heard about Mad River Glen and we came to investigate it. We fell in love with the area,” said Mischler, who skied until she was 92!

Mischler was born and raised (and learned to ski at 3 years old) in the Hanover area. She was the youngest of three girls in her family. She attended Smith College where she majored in Spanish and then got a job at the International Monetary Fund. She started out with secretarial duties and worked her way up to administration. She retired at 55 while her husband Edward worked a little longer. Edward, who had a national executive search business, died 16 years ago.

Janet met her husband in D.C. after World War II. She was living in a house with three roommates and working by then.

“He came to the house to borrow a vacuum,” she said. Edward had never skied before. They married and had two children, Lynda and Alan.

They continued working in the D.C. area and after falling in love with The Valley and Mad River Glen – and building their house – began making the trek to Vermont every weekend during ski season.

Lynda Mischler said that before she and her brother were born, her parents worked from Monday through Friday and would leave D.C. at 4:30 p.m. on Fridays with their friends Glen and Lil Leach. They’d drive all the way, getting in at 2-3 a.m. (Each of the gout always drove the same exact leg of the trip, with Edward taking the last leg and navigating the App Gap in a rear-wheel drive car.) They’d ski all day Saturday and half of Sunday before leaving to drive back, arriving home around midnight and ready to work another five days before doing it again. Janet is a Mad River Glen shareholder.

Once the kids came along, Janet and Edward were in Vermont with them spring, summer, fall and winter. The boat-shaped ski house on Route 17 now reflects four generations of skiers. All of Janet’s grandchildren learned to ski there and the house is full of the gear, equipment and belongings. Janet’s granddaughter (Lynda’s daughter) Colleen and her husband Bobby and their 2-year old daughter Olive moved to the house from Baltimore at the onset of the pandemic.

“After we moved Mom up here, the kids moved to caretake. They are wedding photographers and plan to relocate permanently to Vermont,” Lynda said.  Janet had been living independently at her home in Maryland before the pandemic.

Fun fact- the wedding photographers are also professional clowns! They are members of Clowns without Borders and in pre-COVID times, worked with them.

With Lynda, Colleen, Bobby, Olive, plus Alan and his wife, Janet has a big enough bubble for a great birthday celebration next month. Plans are still being firmed up, but it seems that there will be an applesauce cake.

Janet’s secret to a long life? Lots of exercise and wine she said. She’s been active her whole life and while she’s no longer skiing, she does work out – via computer -- with a trainer each week. She and her husband played tennis, hiked Mount Washington, skied Vermont, Tuckerman’s Ravine, Colorado, Vancouver and points beyond. And enjoyed wine.