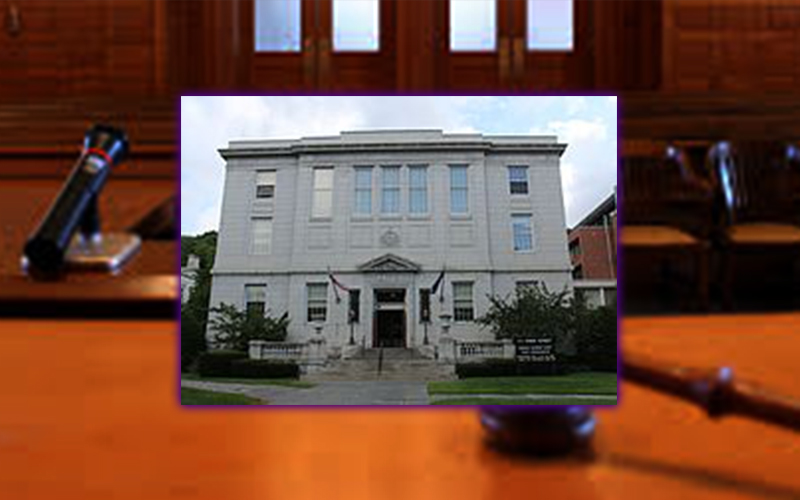 The Vermont Supreme Court recently heard arguments in the civil case of a Fayston Elementary School student against the Vermont Board of Education.

Argued by Moretown attorney Neil Nussbaum, the suit alleges that the state’s 2016 approval of the Harwood Unified Union School District’s school board representation structure violates Fayston fifth-grader Kaleb Vasseur’s equal educational opportunity. The case was appealed to the Supreme Court after being dismissed at a lower trial court. The high court heard arguments in the case on January 20 via video conference.

Nussbaum asserts that this structure -- both the distribution of town representatives and the subsequent weighted voting by board members -- disadvantages Vasseur and his family by limiting Fayston’s sway on school board decisions while making it easier for larger towns, like Waterbury with its four representatives, to form slim alliances and win decisive majorities.

As an example, Nussbaum pointed to the 7-6 school board vote in 2019 in favor of exploring closing Fayston Elementary School. “Two school board members from Fayston voted against the closure of Fayston Elementary,” Nussbaum said. “It would be a very different situation if each of those 14 school members had to get some support from the town of Fayston in order to actually get elected.”

Rather than utilize this town-based apportionment structure, Nussbaum contends that Vermont school districts, and Harwood in particular, should follow the model set by the Kingdom East Unified School District’s resident trustee apportionment, where voters in each town vote for all of the board’s members.

State says the board fits with the law

In the January 20 hearing, the Vermont Board of Education was represented by Vermont Deputy Solicitor General Rachel Smith who emphasized both the legality of this representation and voting structure and the state’s lack of influence on the decision of the Washington West Supervisory Union merger study committee when it adopted it.

“All the state Board of Education was required to do was approve the articles of agreement as laid out by the study committee -- if it was in the best interest of the state and the students and the school districts,” Smith said, adding that the districts chose their models as they worked to form unified districts and the voters in their communities approved those models.

Furthermore, Smith argued that even if the state did have influence on the Harwood district’s governance structure, Nussbaum was not claiming any injury to Vasseur’s educational opportunity.

“[Vasseur] isn’t alleging that his school board representation has any concrete effect on his education, and this case certainly would not be the vehicle to bring it, because he is conceding that he has equal representation on the school board to any other resident of Harwood,” Smith said.

Smith also questioned the influence that a board elected by all district voters -- what Nussbaum prefers -- would have on a vote to close Fayston Elementary.

A key component to Nussbaum’s argument is a 1995 case, Brigham v. State, where the Vermont Supreme Court ruled “that any statutory framework that infringes upon the equal enjoyment of that right (to education) bears a commensurate heavy burden of justification.”

He asserts that Vasseur has a right to a fair governance system -- one that does not base school board influence on population. “My client is asking that the court similarly take a look at the educational governance system that’s in place and consider it in light of Brigham’s holding for equal educational opportunity for every Vermont school child,” Nussbaum told the court.

The Vasseur family declined to comment for this report.

As the case now awaits the justices’ decision, Fayston Elementary School continues to operate. Interest in closing the school lost steam in the fall of 2019 as the Harwood Union School Board faced significant community opposition and needed to tackle other issues. Given the upheaval to schools this year due to the COVID-19 pandemic, the school board has not sought to make any changes in school configuration for this year or for 2021-22.

But the debate over how many and which schools operate continues in the Harwood district. The administration and board have vowed to address the middle school consolidation issue with a facility committee already looking at how to physically achieve that. And the question of revisiting the future of Fayston Elementary is mentioned as a possible topic for the board later this month. The K-six school remains the smallest of the district’s five elementary schools with just 59 students as of October 2020 compared with 107 in October 2010, according to district data.

Chipping away at the ‘tyranny of the majority’

Nussbaum himself continues efforts to wrest local control of schools back to their local communities. He notes that even before the Vasseur lawsuit was filed, he was a vocal critic of both the Harwood Unified Union District’s governance structure and the district’s existence in general.

“I think that school district consolidation is a mistake,” Nussbaum said. “I’m a big fan of town-based government.”

To that end last year, he circulated a petition calling for the withdrawal of his hometown of Moretown from the Harwood district. Discussions there are ongoing among town officials, parents, community members and school board representatives over whether Moretown should remain in the district.

Nussbaum supports an ad hoc advocacy group called Mad River United that urges the deconsolidation of the Harwood Union district into three separate school districts: one for the Mad River Valley communities, another for Waterbury-Duxbury, and a third for Harwood Union Middle and High School, each with their own school boards. The suggestion loosely mirrors the district’s configuration before Act 46 when each of the Mad River communities ran its own elementary school, Waterbury-Duxbury shared an elementary and middle school, and all of the communities participated in a district to run Harwood Union High School.

Nussbaum asserts that returning to smaller districts would greatly reduce infighting and conflicts among representatives with different interests. “Unfortunately,” Nussbaum said, “it was basically set up to make a school district where you have this tyranny of the majority, where they can go and close rural schools, and it's happening all over the state.”

And how might that scenario impact a school like Fayston? “It very well might have to close, but I think that Waterbury just should not be part of the conversation,” Nussbaum said.

The decision in the Vasseur case now rests with the Vermont Supreme Court. Nussbaum said a ruling against the Board of Education could have ramifications for both the Harwood district and other school districts across the state. He admits, however, that the most likely scenario would have the court rule against him if it decides that the Brigham case does not apply to school governance.

7-7 is not necessarily a tie vote

Meanwhile, there may be change afoot in how the Harwood Union School Board is configured far apart from the courts.

In the fall, the board itself discussed whether after three years as a unified board there may be changes needed to the board’s structure such as whether a smaller board could be more efficient than the present 14-member body. The group was hardly in agreement, yet a committee was appointed to look into the matter after a sharply divided 7-7 vote. What looked like a stalemate was actually a razor-thin win for those interested in exploring reforms: the seven “yes” weighted votes (three Waterbury reps, two Duxbury reps, one each from Warren and Waitsfield) totaled 53.35%; the seven “no” votes (two each from Fayston and Moretown; one each from Warren and Waitsfield; one from Waterbury) only came to 46.65%.

The committee was asked to look into reconfiguration with the possibility of putting a question to the district’s voters on the March 2 Town Meeting Day ballot. It reported back in January with a suggestion to consider downsizing to a possible eight-member board. The feedback from the board was split.

Waterbury member Alexandra Thomsen said she thought the smaller model would be more efficient, productive and even fairer. “I think it’s challenging when my vote is worth much more than another person’s vote, so I’ve always liked the idea of a smaller board where people’s votes are more equal,” she said.

Lisa Mason from Moretown looked at it differently. “For a district our size, moving down to eight members feels like moving further away from representational democracy rather than closer to it. For that reason, I don’t think it's a good idea,” she said. “Given the size of towns and the fact that there are varying viewpoints, it’s hard just to elect one person that’s really going to represent the full spectrum of people in each town. It’s hard to strike that balance of what's too big and what's too small, but eight is too small for me.”

The committee explained that any proposals to alter the board structure would need careful legal review and the board itself would need to reach some general consensus on what, if any, steps to take.

The topic was tabled as late-January deadlines for the March 2 ballot items loomed. Board members did note, however, that they may ask district voters in the fall to consider a construction bond primarily for high school and middle school facilities. That timing could be an opportunity to put a question regarding board configuration to the voters as well.

Lisa Scagliotti contributed to this report.

Reprinted courtesy of the Waterbury Roundabout.