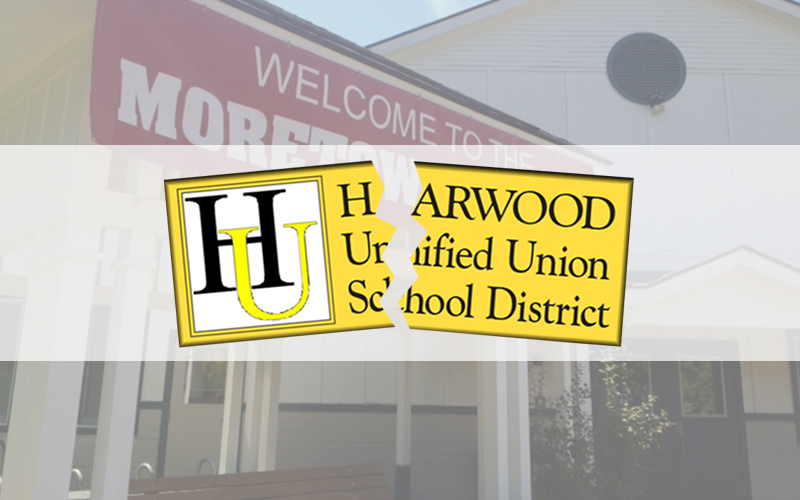 This article was put on the ballot after Moretown resident Neil Nussbaum, who has been spearheading the withdrawal movement, created a withdrawal petition that was signed by over 5% of the town’s registered voters. According to Moretown Select Board assistant Sasha Elwell, if a petition is signed by over 5% of a town’s registered voters, the contested question must be put on the town ballot.

Many of those who signed the petition did so in protest of the districtwide consolidation that the HUUSD Board plans to execute in the next few years. Specifically, the school board hopes to move Moretown’s fifth- and sixth-grade students to Crossett Brook Middle School (CBMS) in 2022 as part of a cost saving, equitable learning plan. The idea is that by merging all middle school students into one school, the district will drastically reduce operation costs while giving all students the same academic opportunities.

“Unfortunately, the Harwood Union has been on life support since 1994,” said Nussbaum.

“Unification in 2016 only served to intensify the effects of the injury inflicted on the union 27 years ago. The 3-District Solution is the only path forward that will allow the union to fully heal,”’ he said.

However, even if Moretown residents agree to withdraw from the district next month, that doesn’t mean Moretown will officially be independent. In order to ratify the withdrawal, all five other HUUSD towns must vote to let Moretown leave with a majority vote from their residents.

Although Nussbaum received petition signatures nearly a year ago, just after last year’s Town Meeting, the article is just reaching Moretown voters this year. “The big wrench in the machine, unsurprisingly, has been COVID,” said Nussbaum. “Everything shut down a week after Town Meeting Day last year, and by the time I got the petition to the select board, Zoom life had just begun,” Nussbaum explained. “And that’s where we’ve been ever since, haven’t we?”