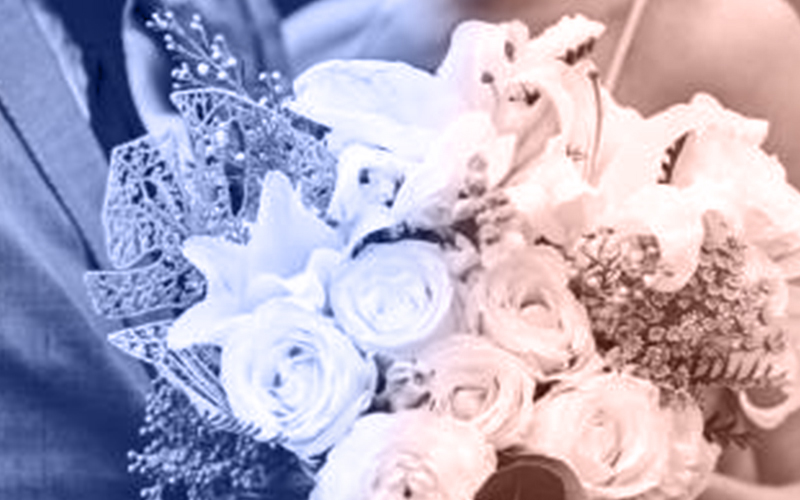 Planning a wedding is a complex project with many moving parts not limited to date, venue, guests, food, music, flowers, decorations, etc. The pandemic has been particularly hard on wedding venues and those who work with brides and grooms and saw their spring and early summer events get canceled with late summer and fall events scaled down significantly.

Now many in this industry are concerned that they may lose much of their 2021 business, absent clear state guidelines and metrics for how many masked or unmasked people, how far apart, with or without dancing. Last month, state officials issued a release stating that those in the wedding business could plan on being able to have events the way they did last summer/fall – that is, socially distanced and masked with no dancing. Venues could host weddings with 75 people inside and 150 outside with no more than 50% of normal capacity allowed for inside or outside events. That meant to hold a 150-person wedding outside under a tent, the tent had to accommodate 300 people.

Despite a lot of local and statewide lobbying, state guidelines for this wedding season have not been released. Governor Phil Scott was asked about guidelines late last month and said there were too many variables and that he didn’t feel guidelines could be issued until April although at his March 9 press conference he hinted that there may be news as early as this Friday, March 12.

The Vermont Association of Wedding Professionals has been pushing the Scott administration to issue guidelines by April 1, but the reality, florist Nancy Murray, Schoolhouse Garden said, is that April 1 is too late for June weddings. Murray started the year with 16 weddings slated for May and is now down to one wedding.

“Most postponements from last year have disappeared and those people are getting married in their own states which have issued guidelines. I got 10 calls from neighboring states asking me to come there, but I can’t do that if I’m not vaccinated. I got four calls yesterday from June brides and we don’t have anything firm to tell them,” Murray said.

“We just need to be able to say to our brides, ‘If we’re at these numbers for COVID cases, this is what the state will allow. The numbers have to come first, some kind of a matrix or formula that lets people plan,” she added.

Murry is facing the same dilemma that others in the wedding profession face: the issue of deposits.

“I’m asking them to post. If they postpone, I keep the business and the deposit. If they walk away, I don’t. And that’s not good for Vermont’s reputation to lose a really high percentage of weddings because there were no guidelines,” added, noting that she and others in the industry are interested in having the state create some sort of a fund to help them deal with returning deposits when they have to do so.

The economic impact on The Valley is significant as well. During a spring, summer and fall it’s not unusual for The Valley to host five weddings every weekend, generating lodging, restaurant, gas station, farmers’ market and other business for local merchants.

Murray normally does somewhere between 60 to 100 weddings a year. She said that grants and the PPP program helped manage 2020, but said it won’t be enough to avoid businesses closing if they don’t have a 2021 season.

“We’re trying to be optimistic,” said Sean Kramer who owns the 1824 House in Waitsfield with his wife Farrell Leo. They moved five to six of last year’s scheduled weddings to this year while receiving calls from people seeking 2021 weddings.

“We weren’t trying hard to sell. We told people they’d likely be under some COVID restriction, and we were unwilling to leave it as a force majeure cancellation,” he said.

With only a handful of weddings scheduled for this year, Kramer said, they are glad they took a cautious approach.

“We’re on weekly meetings with other event venues and we’re being told that people are canceling, not for May, but for September and October. They’re not comfortable with the current lack of guidance and they’re just not going to wait,” he said.

“A lot of people whose 2020 wedding didn’t happen have moved on with their lives. They’re buying houses and having kids. With everything else going on, they’ve got more important things to do,” he pointed out.

Kramer said that venue operators are asking the state for guidelines 90 days out but said it generally takes a year to plan a wedding.

“Maine and New Hampshire have come out with guidelines and people are choosing other states,” he added.

MAD RIVER BARNAt the Mad River Barn in Fayston, innkeeper and event planner Adrienne Cady reported that all of the May weddings and most of the June weddings have been lost. They have a June 12 wedding and are booked completely from July through October. “We are just hoping for some reopening guidance soon so we can hang on to the remainder of the season. It has certainly been challenging both for us as well as our couples trying to navigate these unsure times,” she said via email.

Peter Boynton at the Skinner Barn in Waitsfield reported that he has 10 wedding scheduled this season starting in late July. In a normal season, Boynton hosts theater and musical events in the barn as well as weddings.

“Fingers crossed that the vaccine rollout allows for the gathering restrictions to be lifted,” he said.

With more space than some other Valley wedding venues, Sugarbush has more space and the ability to mix larger and smaller events to meet state guidelines – at least last year. Sugarbush currently has a mix of both weddings from last year as well as new weddings scheduled for the 2021 wedding season.

“Many couples are moving forward regardless of size restrictions and are prepared to pare down their event to meet state guidelines. We do have a few, specifically in the spring, who are concerned as the current guidelines prohibit multi-family gatherings in addition to the uncertainty of vaccination distribution throughout the country and here in Vermont and its impact on allowable gatherings,” explained Diane Forester, director of sales at Sugarbush.

Forester said that Sugarbush had seen a significant uptick in elopement and micro wedding inquiries as well and created packages for smaller, more intimate gatherings.

“Overall, the wedding inquiries for 2021 into 2023 remain strong and we are optimistic and hopeful for this wedding season and beyond,” she said.