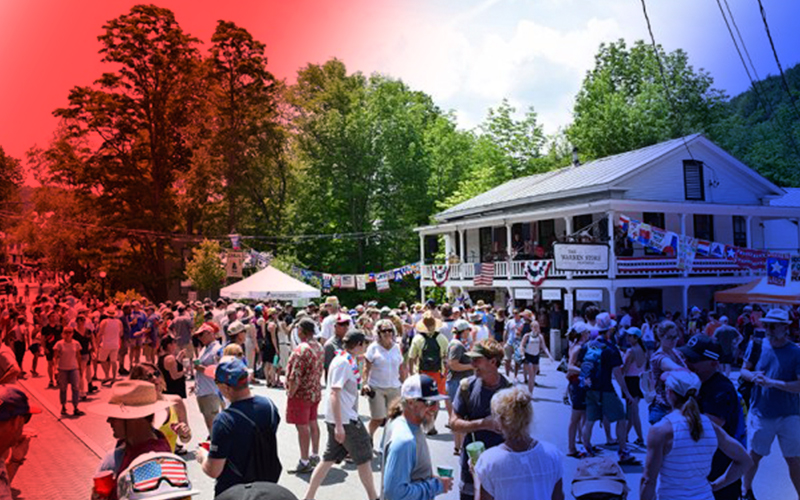 “I really don’t know -- maybe, maybe not,” Klein said. That’s not indecisiveness on her part, it’s a reflection of the reality of event planning during a pandemic in April 2021. Vermont Governor Phil Scott has promised guidance very soon for event planning and has promised a blueprint for the state to reopen based on the percentage of Vermonters who are vaccinated against the COVID-19 virus.

Last year, when Klein and the Warren Select Board made the decision to cancel the festivities, it felt like the right thing to do, she said.

But emotions around The Valley’s biggest annual social event ran high and some people thought that decision was premature.

“Over the last year, we’ve learned that you can’t take anything for granted. I don’t know where we’re going to be in the race between the virus and the vaccines, but we’ll be ready either way. I have been in contact with the traditional float makers and they’re clear that they’ll be there if we can have the parade,” Klein said.

Klein said that absent specific guidance from the state on large summer events, along with Governor Scott’s statement that all Vermonters who want a vaccine will be able to get one in time to be fully vaccinated by July 1, she is hopeful. The event will not be held if there is a high risk of the virus spreading, she emphasized.

The current thinking, with input from the Warren Select Board. is that the July 4, 2021, parade, dubbed the 72nd-almost-consecutive year, is being planned as if it will happen with the final decision being made by the select board with input from Klein by mid-June. If there are guidelines issued by the state requiring masks, physical distancing or crowd-size limits or if the select board wishes to cancel the event, the event will be canceled. If the state indicates it is safe to host the event, it will be a much leaner event for 2021 (rain or shine) and will include:

In order to allow the shortest window of time between the final decision and the Fourth of July, the event will not include these traditional components, but all of these are planned to return in 2022:

With no shuttle transportation, Rotarians will be directing parking to Warren School where the perimeter of the field will be utilized for vehicle parking in addition to the various traditional parking places utilized by regular parade attendees.

Stay tuned to The Valley Reporter, www.warrenthofjuly.com and Facebook/warren4thofjuly for updates. Direct comments and questions to Klein at This email address is being protected from spambots. You need JavaScript enabled to view it..