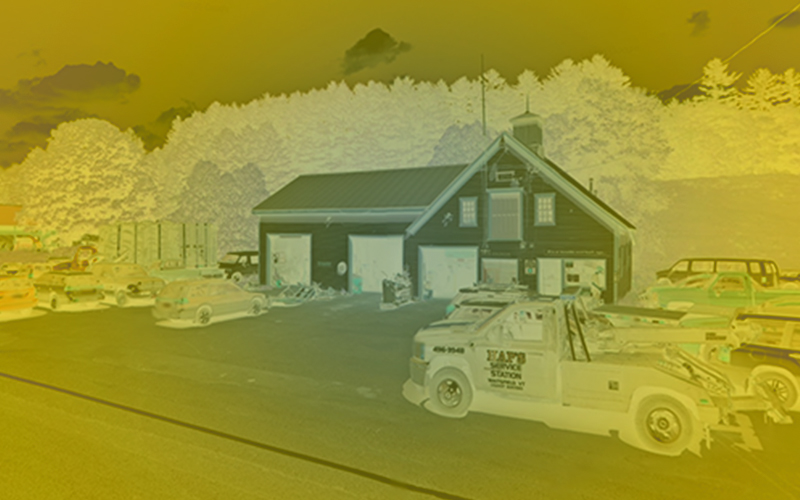 After 60-plus years of serving the Mad River Valley and beyond, Hap’s Service Station on Route 100 in Waitsfield is closing its shop doors. Roadside assistance will continue for the time being.

Claire Ewald and her daughter Paige Gaylord have been running the station full time since Walt Gaylord had a stroke in July 2013. They will not be taking any appointments beyond April 29 and will spend the month of May cleaning and closing things down.

The late Hadley Gaylord Sr., known as Hap, opened the service station in 1959. He ran the station single-handedly until 1988 when he was joined by his son Walt who subsequently added his brother Allen Gaylord to the business. Hap Gaylord’s wife Eloise left the business in 1990, turning all the bookkeeping over to Ewald.

Allen Gaylord left the business in 2012 and after Walt Gaylord’s stroke in 2013, Ewald took over the entire operation with her daughter joining her in 2017. Walt Gaylord died in 2019.

“The 60-plus year chapter that has been Hap’s has definitely been one that could fill a few books! The blood, sweat and tears that have made up the adventures and memories that have brought us to this point are unforgettable,” Paige Gaylord added.

Both thanked their customers, employees (past and present) and vendors.

After 28 years in the insurance industry, Jon Jamieson has decided to make a career change and has left the Jamieson/Hilb Group in Waitsfield. Jamieson merged his business, Jamieson Insurance with the Hilb Group two years ago. The merge gave his clients more services and options. His staff will remain in place and Jamieson has a new project under development.