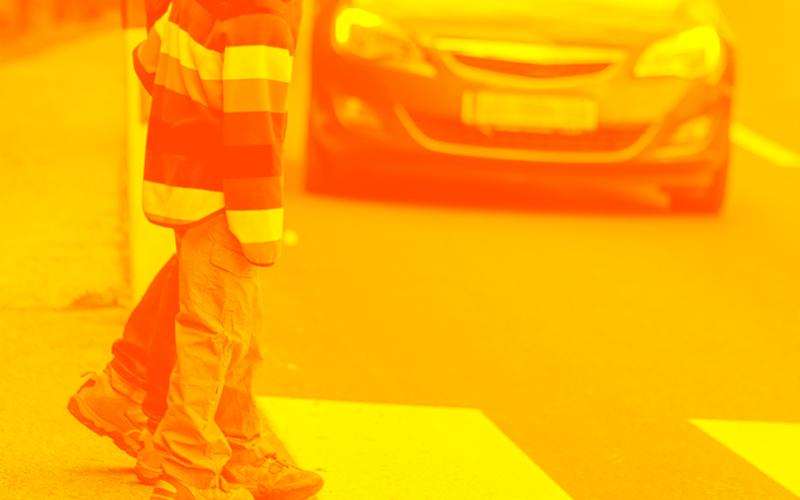 With preconstruction for Waitsfield’s west side village sidewalk slated to begin as early as April 19, town officials anticipate seeing that sidewalk completed within 50 to 60 days, bringing with it many long-awaited improvements to pedestrian access and safety in Waitsfield Village.

And as that project gets underway Waitsfield’s Tiger Team, made up of town, planning district and VTrans officials, is continuing its assessment of pedestrian access and safety from the north end of town as the speed limit transitions from 50 to 40 to 30 miles an hour, all the way through to the southern end of Irasville.

At a March 22 public hearing, the select board received updates on the sidewalk project and the Tiger Team’s work and also heard again from a group of local residents advocating for manually activated lights that flash at crosswalks for 30 seconds in two locations. One location is at the crosswalk at the corner of Bridge Street and Main Street and the other at the crosswalk by Carroll Road and Main Street.

The citizens’ group, Mad River Valley Citizens Concerned about Waitsfield Pedestrian Safety, reiterated its research into the efficacy of such flashing lights and further noted that over 100 people signed a recent letter urging the board to install such lights. Carol Hosford, Manny Apigian and Roger Porter, members of the citizens’ group who were present at the meeting, also urged the board to work with VTrans on lowering the speed limit from 30 to 25 miles an hour through the village and Irasville.

Select board member Fred Messer asked if the flashing crosswalk signs would require an additional sign or work with an existing one? Porter said the flashing sign would replace the existing one but would be more cumbersome due to the lights and the solar panel that powers it. Messer expressed support for the idea but also cautioned against excess signage detracting from the view of the village.

Board member Christine Sullivan said that she felt the flashing speed signs at the north end of the village have no effect on people driving south on Route 100.

“It seems like general traffic calming measures would help. We have those three bump outs coming that should slow traffic,” Sullivan said.

Town administrator Trevor Lashua pointed out that the Tiger Team is looking at the transitions from each speed limit to the next lower one and at each particular crossing point. He referenced a new report that will ask VTrans to lower the speed limit through the village.

“We’ve talked about every different type of signage. It’s been a pretty cooperative effort. The next time we get together it’s with an eye to looking for short-, medium- and long-term solutions to the challenges and even looking at pilot projects in street signage as ways to test out some options,” he said.

Board member Brian Shupe told members of the citizens’ group that he takes their efforts seriously and said he supports flashing crosswalk signs.

“I do think we have a big challenge in reducing the speed limit because we don’t control the road. VTrans has a warrant system to determine if it’s safe to reduce the speed limit. That’s a challenge that we have. We’ve been very successful when the center of commerce moved to Irasville. Put in policies intended to move traffic through Irasville rather than slow it down. I think we need to look at long-term solutions to change the structure of the road and create more physical traffic crossings,” Shupe said.

“Wait house is one of the biggest problems in crossing the road and that’s the crosswalk where I find myself standing and staring at drivers more,” he added.

Board chair Jon Jamieson said he shared the concerns about the crosswalk at the Wait House which is heavily used by Waitsfield Elementary School students to cross the street and said that if he had two flashing crosswalks signs to install, one would go there.

“I’d rather train kids to push a button than try to teach them about the complexities of driver involvement,” Jamieson said.

“I want to point out Waitsfield’s long history of community involvement going back to when my kids were in elementary school with the Safe Routes to School initiative and now, for the first time, we have the cooperation and interest from the VTrans folks, we’ve brought in Local Motion and we’re using their tool box for all kinds of projects. We’ve put our best people on it between the town and the planning district. We have heavy pedestrian and bike users on the select board who are very much aware of the situation,” he continued.

Jamieson further noted that as The Valley enhances its reputation as a mountain biking community, he’d add the Route 17/100 intersection to the list of issues, calling it an incredibly dangerous intersection with no safe places to cross the street at all.