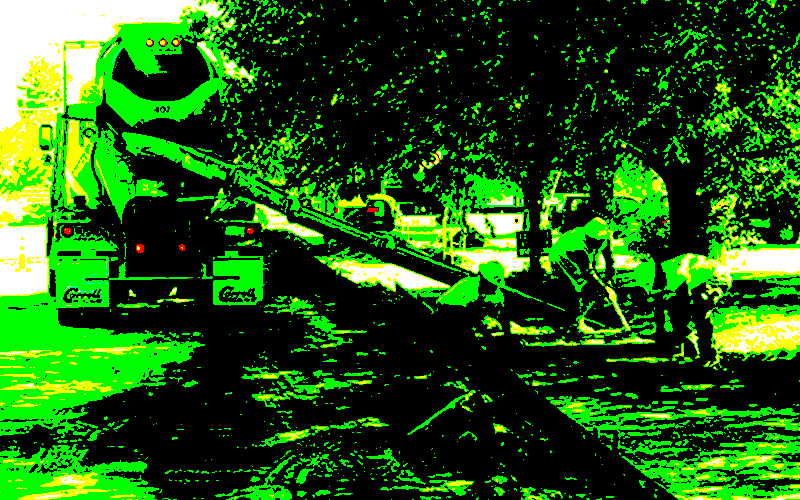 It was July 2011 when Waitsfield heard the results of a feasibility study on a west side village sidewalk from consultants at Lamoureax and Dickinson.

That sidewalk finally got underway this week after almost a decade and some fits and starts. The town was initially awarded a grant of $143,000 with a 10% match. The select board at the time was lukewarm about the project. Under pressure from parents and Safe Routes to School advocates, the board -- with some new members – took up the project.

Several years of back and forth between project managers and board members over what should and shouldn’t be included in the project ensued, followed by more grant applications for more funding. The additional funding came with a 20% local match. At issue during this era were things like the number of crosswalks, potential street lighting, the $40,000 cost of creating two on-street parking spaces to replace the two head-in parking spaces in front of the Waitsfield Wine Shoppe and whether the crosswalks should have bump outs or curb extensions that reduce the amount of time that people using the crosswalks are actually in the travel lane.

Right-of-way work began, preliminary and final engineering plans were shipped off to VTrans for approval and the project went out to bid, further delayed due to the COVID-19 pandemic. In February the select board awarded the $378,926 contract to Don Weston. The total cost of the project, including engineering, construction, construction inspection, project management, legal work and the bump outs is $554,500. The town’s share of the cost works out to be 13.5% or $73, 950 when the federal and state grants were averaged along with some funding for the on-street parking.

As proposed and as it will be constructed, the sidewalk will run from north of the Valley Players Theater to Farr Lane. There will be crosswalks by the theater, the Waitsfield United Church of Christ and at the intersection of Main Street and Bridge Street. The intersection of Main Street and Bridge Street will be reconfigured so that rather than cars leaving Bridge Street being able to pull up next to each other to turn north and south, there will only be room for one car, regardless of which direction the driver turn.

Preliminary work, including the removal of large tree in front of the Village Grocery got underway this week as well as the staging of equipment and materials in various locations along the proposed route. The project begins in earnest next week and town officials anticipate seeing that sidewalk completed within 50 to 60 days.

And as that project gets underway Waitsfield’s Tiger Team, made up of town, planning district and VTrans officials, is continuing its assessment of pedestrian access and safety from the north end of town as the speed limit transitions from 50 to 40 to 30 miles an hour, all the way through to the southern end of Irasville.