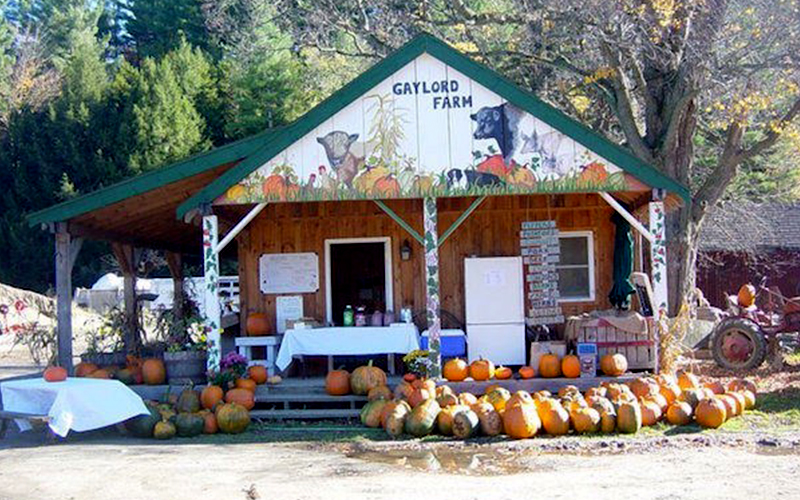 About this time a year ago, Hadley Gaylord, owner of the Gaylord Farm and CSA in Waitsfield, said he was “watering the seedlings and wondering why.” It was early in the COVID-19 pandemic and there were so many unknowns about how and whether he’d be able to sell his produce and meat.

With April 2020 in the rearview mirror, Gaylord said, things are looking brighter.

“I think people were nervous about last year. Everything was difficult. Money was tighter than bark on a tree. After the pandemic hit, people started looking at their food sources differently. I can’t believe what took place between last year and this year,” Gaylord said.

Last year, he was having trouble finding any employees to help him with his operation. In addition to employee shortages, grocery store shelves were being emptied regularly as people bought as much as they could as a hedge against pandemic shortages and production disruptions.

“I can’t believe what took place between last year and this year. When the pandemic hit last March and it called for shutting everything down, literally from that point on what happened here was a domino effect of what was going on in the big world. Slaughter houses shut down across the country, with animals being killed and buried. People started looking at small local farms to come up with their food,” he recalled, noting that he sold a lot of meat boxes to people anxious about supply chains.

Despite his angst last year, Gaylord’s CSAs (vegetable and meat) sold really well, and people honked and waved as they drove past his Route 100 farm. This year shares are selling, but not as fast as last year, although Gaylord noted that it’s still early.

“People aren’t afraid to pay for the convenience of local food and people also have no understanding of how food is raised in the big world,” he said referring to large scale commercial farming as well as commercial beef, pork and chicken farming.

This year, he’s got a lot of tomatoes, peppers and kale. His carrots, spinach, beets and radishes are already out in the field and the carrots have come up.

Last year, after worrying about finding employees, his 22-year-old son Brendan came home and began working with him full time.

“He’s been working with me since then. It’s been really nice to have somebody that I can trust who knows what the heck’s going on and someone I don’t have to tell him everything that needs to be done. We’ve got a few others who come and help as well,” Gaylord said.

He’s looking forward to the Waitsfield Farmers Market, understanding that there will likely be state COVID guidelines that will impact how it is run initially. He also has the matter of the farmhouse that burned last May on the horizon and he’s working on how to rebuild that.