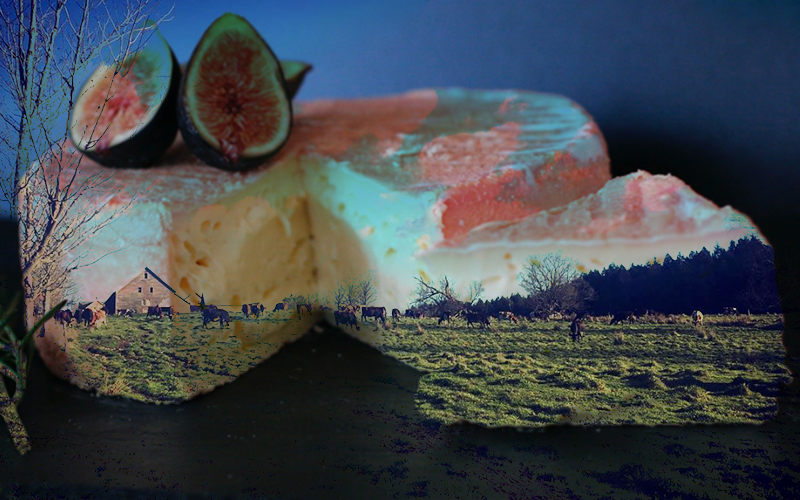 BVon Trapp Farmstead in Waitsfield launched its raw milk CSA in March. Now, the farmstead is selling shares of one-half gallon to a gallon of raw milk each week to CSA members.

The milk, which is certified organic, comes straight from the cows. It’s simply cooled down immediately after milking and then bottled up and ready to go. The milk is neither pasteurized nor homogenized.

Just like a vegetable CSA, a milk share guarantees CSA members a full season of fresh raw milk. Those who sign up for a share will receive one-half gallon of milk every week for a three-month period. People can sign up for two shares if they want a full gallon a week.

CSA members can pick up milk shares at the farm store located at 251 Common Road in Waitsfield. To ensure that no milk goes to waste, CSA members must commit to picking up milk on a selected pickup day (either Wednesday or Friday between 4 and 6 p.m.) for the duration of the share.

“We wanted to be able to give our community access to fresh, delicious organic raw milk from our dairy herd,” said von Trapp Farmstead owner Sebastian von Trapp when asked how he decided to start a raw milk CSA. “People have been asking for it. We didn't want to just randomly bottle milk and sell different amounts each week, not knowing how much to bottle from week to week. There are lots of logistics to coordinate with cheese making and yogurt making.”

The farmstead is not including meats and cheese in the CSA, since those items are available at the farm store. “They are a less perishable item, so we don't require the preorder component that is built into most CSAs. We would, however, like to gauge interest in a bulk meat or cheese CSA, where essentially customers would commit to buying a certain amount of meat and cheese each week or month at a reduced price,” said von Trapp.

Regarding the hazards of drinking raw milk, von Trapp emphasized that not all raw milk is created equal. “Choose milk from a smaller farm where they name their cows. Always choose organic and grass fed. Choose a farm that you can actually see the cows because they go outside daily,” said von Trapp.

When done right, raw milk does have its benefits. “Our organic grass-based raw milk is one of the purest foods with the most diverse microbiology,” said von Trapp. “It is essentially our local green pastures turned into something we can easily consume.”

He noted that raw milk contains proteins, minerals and many healthy Omega 3 fats.

“And because it is loaded with microbes, it’s is considered somewhat of a pre- and probiotic,” said von Trapp. “Many also claim it is more easily digestible than heat treated or homogenized milk.”

That said, one must take precautions when consuming raw milk. If the milk is not clean, consumers can be exposed to pathogens that may be dangerous to pregnant women or immunocompromised individuals.

“We take extra care to produce the cleanest milk, so the biggest precaution is to ensure its fresh by keeping it refrigerated and drinking it up soon. It's alive, and does sour in about a five to seven days because it's supposed to,” said von Trapp.