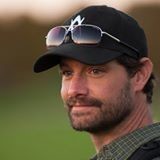 Donaldson had previously met with members of the conservation commission who recommended his appointment to the select board as well. In his March 27 letter of interest, Donaldson noted that he and his wife Bethany have lived in the Mad River Valley since completing their undergraduate degrees. He is currently employed by the state of Vermont and has worked within the Agency of Natural Resources as a hazardous site manager and member of the spill response program since the fall of 2014. Prior to working in the public sector, he was employed by an environmental consulting firm with project locations that spanned the New England and Eastern seaboard states.

“Now that my wife and I have settled into our new home and my job no longer requires extensive travel outside of the Mad River Valley, I find myself with the time for local public service. As a consultant I worked with dozens of conservation commissions throughout the New England states on environmental projects that required local permitting and those interactions piqued my interest in public service,” he wrote.

In 1996, after graduating from the University of Vermont he moved to Warren for a year of post-grad ski bumming. When the following ski season came along, he was still living in Warren and had no intentions of leaving the Mad River Valley.

‘I attended the March 15, 2021, meeting of the Waitsfield Conservation Commission and understand the current projects that the commission is undertaking. I have also familiarized myself with the Natural Heritage Element Inventory & Analysis completed for Waitsfield in 2007. A summary of my education, professional certifications and work experience that is relative to the charge of the Waitsfield Conservation Commission is provided below,” he noted in his letter.

The select board appointed him at its April 12 meeting.