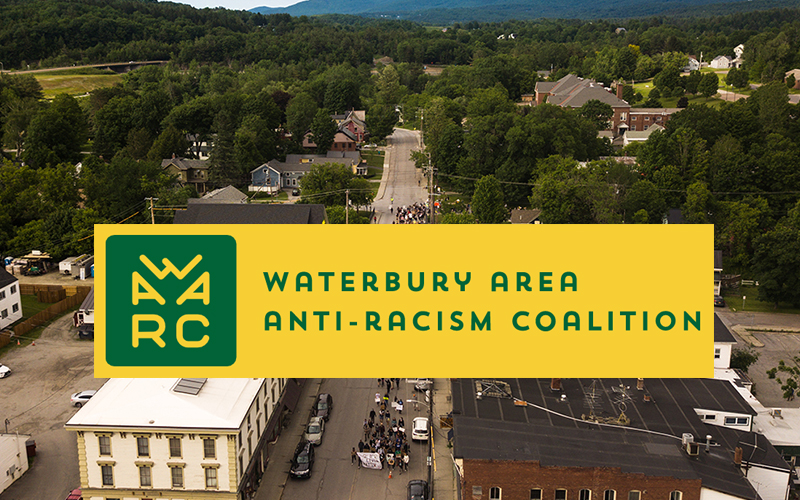 On behalf of the Waterbury Area Anti Racism Coalition, Life LeGeros read a statement to the HUUSD Board during the April 14 meeting. He explained to the board why he would not make his child participate in standardized testing this year.

“In my opinion, statewide standardized testing and reforms based on accountability that center these scores is on balance a flawed education strategy. During a pandemic it is educational malpractice, pure and simple,” he said.

He went on to speak about how the tests don’t reflect how students have grown and what they’ve learned.

The Waterbury Area Anti Racism Coalition (WAARC) was born after the Rally Against Racism in June of 2020. Since then, WAARC has been working within the Waterbury community, committed to confronting racism on all levels.

“The mission of WAARC is trying to make a community where everybody feels like they can be themselves, in all spaces. Ultimately, it’s about belonging,” said LeGeros, member of their leadership team and co-founder of their education team.

“When you look at the systems that uphold white supremacy and systemic racism, certainly these systems operate in and across these different institutions, and education is a big one,” he explained. LeGeros and the other members of the WAARC believe standardized testing is contributing to systemic racism.

The popularization of standardized testing in America can be tied back to a man named Carl Brigham, a psychologist and member of the American Eugenics Society. He developed mental tests for the American Army and later for college admissions. He detailed his “findings” in a book called “A Study of American Intelligence,” in 1923. In the book, he explains why he believes the “Nordic race” is of superior intelligence, along with white Americans. He also created the Scholastic Aptitude Test in 1926, commonly known as the SAT.

In a 2014 article from The Atlantic, Meredith Broussard details why Philadelphia schools (43.6% black/ African American) among other urban cities, struggle with standardized testing. A large part of the issue is access to specific text books. “This is because standardized tests are not based on general knowledge. As I learned in the course of my investigation, they are based on specific knowledge contained in specific sets of books: the textbooks created by the test makers,” she explained. This means that scores of standardized tests can show more about where a child lives than their actual knowledge.

“Overall, how we rank and sort students ‘some people are smarter, some people are less,’ that’s inequality right there. Anytime we are ranking and sorting in this country, because white supremacy is so powerful, people of color are unlikely to be sorted near the top,” she wrote.

NOT ACCURATE THIS YEAR

LeGeros believes that it is the perfect time to stand up against standardized testing without retribution. The state has acknowledged that the scores and data from the tests will likely not be accurate this year. The main reason for potential unreliable data is the participation rate. A memorandum from the Education Department of Vermont, stated that it is unlikely that the required number of students (95%) will take the test this year. The companies that make these tests have communicated to the state that the data from this year's assessments might not be reliable enough for local or federal reporting. In other words, because the data might be unreliable, it could become unusable all together.

“I’m asking you as a board to consider how standardized testing during a pandemic fits our community’s vision of education,” LeGeros said. He recommended the board talk about what families should do if their students refuse to take the tests, explain if alternative activities are allowed for students who do not participate and consider passing a resolution for a statement, detailing if the board feels standardized testing aligns with the district's values.

The board decided not to take this matter up, and LeGeros did not hear from the board after the meeting ended. LeGeros and WAARC had been doing advocacy for resisting standardized testing on the state level prior to his statement to the board, so their lack of a response did not surprise him. LeGeros said that the state responded with a: “We don’t like it, but we have to do it,” mentality.

The policies within the HUUSD do not allow a formal opt-out option for those who do not wish to participate. Students must stay home if they don’t want to take the test. The schools are required to administer them and are not allowed to schedule other options or activities during the testing period.