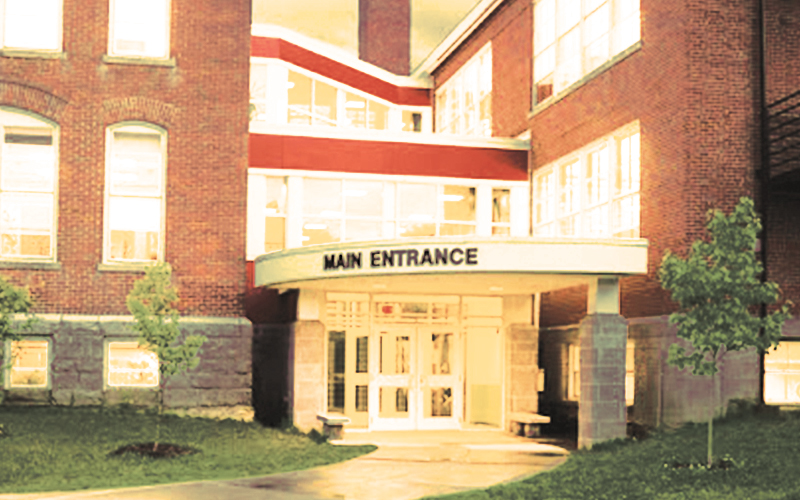 At some point next fall Thatcher Brook Primary School (TBPS) students will return to their old school under a new name. At a Harwood Unified Union School District (HUUSD) Board meeting on June 9, the TBPS renaming committee announced that it had officially decided on a new name for the school: Brookside Primary School.

While the name change is not official yet, the school board is slated to ratify the change with a vote that will take place this fall.

The renaming debate started in December 2020, when Waterbury’s anti-racism organization discovered that the brook from which the primary school derives its name, Thatcher Brook, was named after a slave owner: Partridge Thatcher.

In February of 2021, the HUUSD Board voted unanimously to support the renaming of the school, reasoning that an elementary school should not be named after someone with a slaveholding legacy. With this decision came the eventual creation of a renaming committee whose members have spent the past month narrowing down a new name.

The committee is comprised of six TBPS staff and nine TBPS third- and fourth-grade students. This committee started renaming work in mid-May, when it sent out a communitywide survey asking the public for name ideas. On May 19, the committee reviewed submissions and narrowed potential names down to 10.

The narrowing process involved many considerations. Students and staff discussed not only the sound of the name, but the inclusivity of the name. On May 26, the committee narrowed down choice even more, voting on its top three favorites.

While the board has yet to officially approve the new name, board members are excited about taking next steps in ratifying the name change in the fall. “I just wanted to applaud all the students that showed up and got engaged in the process,” said board member Marlena Fishman, Waterbury. “I see some faces that are dear to me. I’m excited about the student engagement in this planning process,” she added, looking at the sea of faces of young students who had shown up at the virtual board meeting.

These students had their own reflections about their own participation in the name-changing process. “It felt pretty important to be part of renaming our school,” said fourth grader Gia Gendimenico.

“It felt good to help make a change in our community,” said third-grader Addison Manley.

“It felt like we were really doing something that would change how other people would think about our town and the people in it and not exclude anyone,” said fourth-grader Willa Hudson.

“It will feel good calling the school the thing that I helped name,” said third-grader Sam Phillips.

“It felt important because every time someone asks, ‘What school do you go to?’ I will feel proud because I helped name the school,” said third-grader Emmy Dubois.

“It feels great to be part of something as big as naming the school!” said fourth-grader Vivienne Boyle.