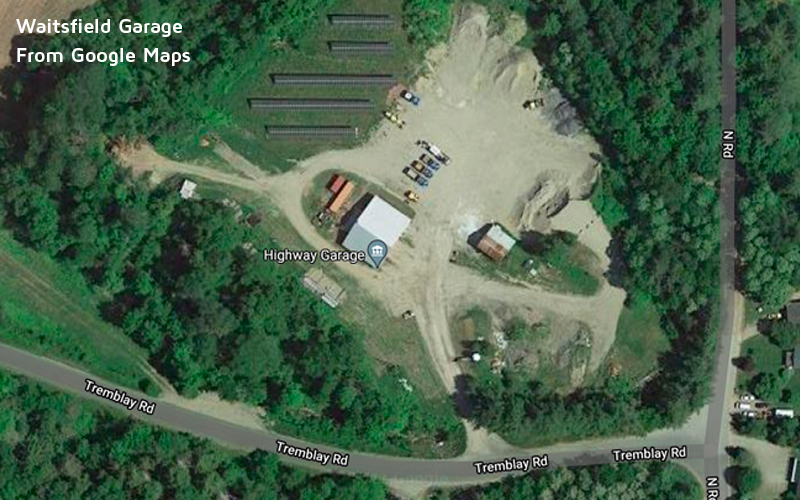 The Waitsfield Select Board took a field trip to its town garage on Tremblay Road this week and also hired a new planning and zoning administrator.

Board members met at the town garage on June 28 to tour the building which features a central parking area plus two wings.

The issue for Waitsfield – as in Fayston – is that the town garage is overcrowded and outdated.

Christine Sullivan, vice chair of the select board, said that this week’s site visit showed that space was tight, but noted: “We saw it during summer when it’s not in as much use because they have a lot of the vehicles parked outside.”

“We’re hoping to go back in winter to see it truly in action,” Sullivan said.

When all the vehicles are in the garage it’s a tight fit and it’s a challenge to get all of the vehicles inside. That makes it difficult for members of the road crew to move around and work on vehicles and other equipment.

After the site visit, the next steps include hiring someone to conduct a stormwater assessment, Sullivan said.

“The way the building was built is kind of funky. There’s one main central area that is at ground level and then a wing on either side that’s down a few inches. One side has water issues with water seeping in,” Sullivan said.

The central area of garage was built in the 1980s with the wings added later that decade, she said.

Fayston is facing a similar issue at its town garage at the top of North Fayston Road. Pre-pandemic, the select board put together a committee to work on plans for a new town garage. At the time, early 2020, early and rough cost estimates for constructing a new town garage came in at $850,000 according to Fayston Select Board chair Jared Cadwell.

Sullivan said Fayston is further along in the process and that Waitsfield has no cost estimates yet.

After an executive session during this week’s meeting, the Waitsfield Select Board hired J.B. Weir as the town’s zoning administrator. He replaces Annie Decker Dell’Isola who was recently named Waitsfield town administrator.

Weir lives in Waitsfield with his wife, Erika, and daughters, Piper and Ivy.