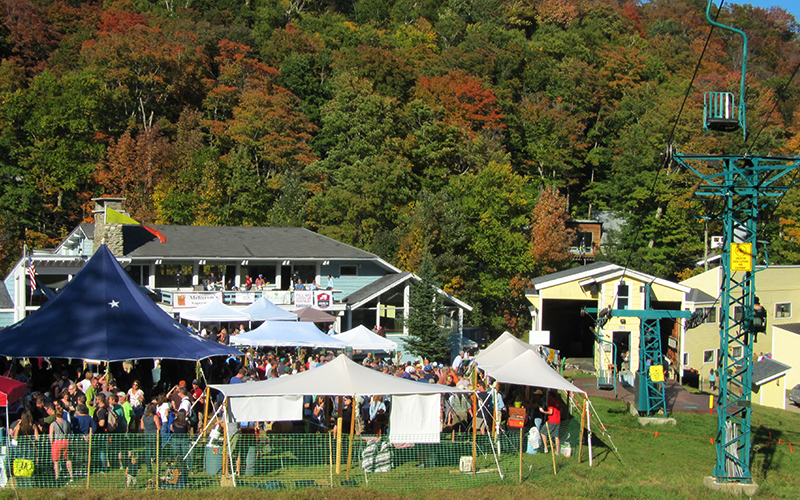 With COVID cases continuing at higher levels in Vermont due to the Delta variant of the virus, local event organizers are reacting with their own plans to keep their events safe. As reported this week at Governor Phil Scott’s weekly press conference on August 24, Vermont is approximately seven weeks into what is expected to be a nine-week period before Delta cases begin to fall, based on experiences in other states and nations.

Megan Schultz, of Megs Events, organizer and creator of SIPtemberfest, announced a week ago that she would be requiring people to provide proof of vaccination. That will apply to all vendors, employees, volunteers and ticket holders. That event takes place September 11.

Dori Ingalls, founder and race director of the Mad Marathon which takes place on September 12, said she and her team are monitoring the numbers and the guidance daily but haven’t yet decided to require proof of vaccination or masking.

“At the same time, runners that are concerned will be wearing masks at the start and finish,” she said.

The Mad River Valley Craft Fair takes place on Saturday and Sunday of Labor Day weekend, both outside and under a large tent. Craft fair manager Laura Arneson said the fair is currently following CDC guidelines and all Vermont state rules.

“While the tent is more open than a building, we are strongly recommending wearing masks under the tent. Out of an abundance of caution we are acting like the tent is an indoor situation. Currently the CDC recommends mask wearing indoors for all people regardless of vaccination status. We will have signs saying ‘Masks Strongly Recommended’,” she explained.

Gary Kessler, founder and director of the Green Mountain Stage Race, typically a four-day event held Friday through Monday over Labor Day weekend, said competitors were told not to come if they are not vaccinated.

“I told them to bring their masks and keep them on until the start of the races,” he said.

He also said he’d reached out to the state several times to see if there is any guidance specific to his event and had not received any.

Kessler said that he was currently facing an issue holding the Burlington Criterium on Monday, September 6, due to Burlington-specific restrictions on the size of gatherings. He said he might be able to make it work because the groups that race in a pack are generally smaller than the city’s 150-person limit.

Alternately, he might seek some other venue such as a paved parking lot like the National Life campus in Montpelier.

When Vermont’s state of emergency was lifted in June, all restrictions and limitations on the sizes of gatherings and protocols about social distancing and ratios of vaccinated to unvaccinated people were lifted.