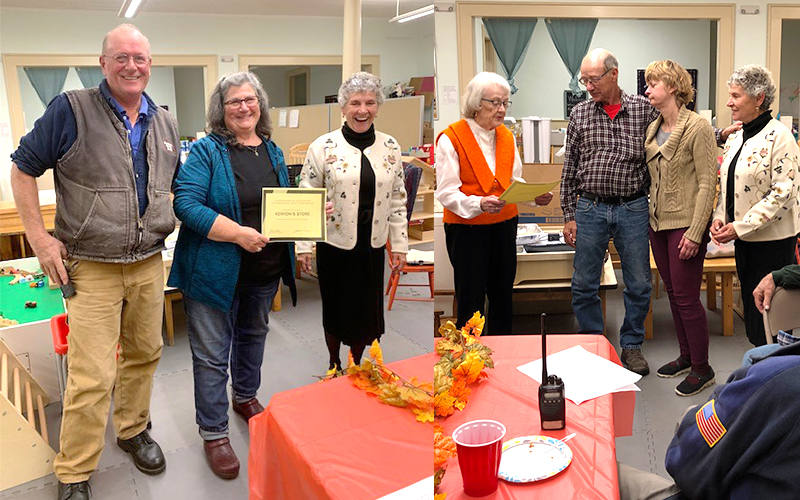 The annual meeting of Washington County Farm Bureau was held at the Waitsfield United Church of Christ in the Fellowship Hall on September 29. After a supper catered by Mo’s Bar-B-Q, Kate Woodruff of the VT Department of Agriculture, Food and Markets discussed the future of VT agriculture with participation by David Hartshorn, Doug Turner, Doug Kenyon and Nate Rogers, from Berlin. The slate of officers for the current year were introduced as follows: Rosina Wallace, president; Beverly McMullin, vice president; Jackie Folsom, secretary and John Jenkinson, treasurer. State Farm Bureau president Joe Tisbert gave an overview of the American Farm Bureau activities.

The Kenyons and Turners were recognized with certificates for their many years of supporting and participating in VTFB.