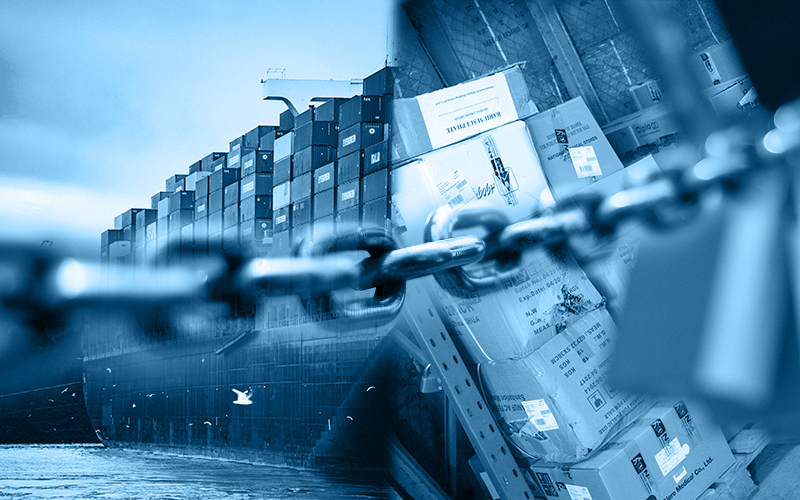 Global transportation and supply chain issues are confounding businesses across the globe, the country and The Valley. The Valley Reporter reached out to local retailers about the problem this week and found that for many supply chain issues have been a problem throughout the pandemic and for others they’ve been persistent and unpredictable.

“One of our main wholesalers is cutting every order by 30% because they don’t have enough people to pick the stuff in the warehouse. It’s a huge national wholesaler and each week 30% of our stuff – and it’s random – is not coming in,” he said.

“Between the labor shortage and the material shortage, I think we’re going to see it get worse for all grocery stores before it gets better. We are doing pretty well with fresh food. What we may see is rather than 20 options for certain products, you’re going to see two,” he added.

John Wilson at Bisbee’s Hardware, Waitsfield, said there are just some things that his staff can’t get and other stuff is slow to come in.

“John Rousseau, our inventory manager, has been really good at finding and ordering things as they’re available. We’re getting stuff that he ordered six months ago,” Wilson said, noting that what they can’t get is random – smoke detectors, some lines of paint and canning supplies.

At The Collection in Waitsfield, Yvonne Fugate recently put out her first catalogue and finds herself in the position of not having the products she featured in the catalogue.

Donna Kenyon, at Kenyon’s Variety Store in Waitsfield, said the supply chain issues had been a problem since the start of the pandemic. She said it was hard to predict what would be available and what would not.

“Dog food was one thing we couldn’t get because manufacturers couldn’t get the cans. Culverts, PVC pipes, fittings – anything metal and plastic. You can’t promise customers anything because you don’t know if you’re going to get it,” she said.

“The issue is clothing. We’re waiting on all our clothes – just like for every industry – it’s all tied up in shipping,” he said.

Splinters Boardshop, Warren, is also experiencing delays in outerwear, clothing and accessories. “This season about 40% of our expected inventory is still not here,” said Travis Kerr. “We have a lot of products sitting in shipping containers in L.A.”

“Things are definitely slower getting to us,” Todd Sheinfeld at Mountainside Ski Service, Warren, said. “A lot of manufacturers are sold out,” particularly European manufacturers. “It’s a long cycle, soft goods are even longer. We know it’s going to be slow going getting to us then a mad rush.” He said prices have increased due to shipping costs. Customers are coming in and ordering things much earlier than in a typical year. “We’re trucking along,” he said.

Marnie Davis of 4orty Bridge Street, Waitsfield, said the store is getting products from its European manufacturers, though things are coming in gradually, rather than all at once, which makes it harder to track products. Some shipments have been canceled because manufacturers couldn’t get products like yarn or cloth. She said products are coming in slowly, but they’re coming in.

Dave Darr at Darrad Services in Waitsfield said his computer business had not been significantly impacted. He also said he expects things to take a week or two longer than in the past and said he relies on the U.S. Postal Service rather than shipping companies.

When asked whether they’d experienced shipping delays, “Delay’ is a small word,” Barry Bender of Clearwater Sports, Waitsfield, said. “There’s been some items with major delays. Some spring items just got here last week,” as did a shipment of canoes. “These boats should have been here at the end of July,” he said. He said some soft goods that should have been at the store months ago are trickling in, though some pieces are still missing. “It keeps changing. Every day surprises us. It’s Christmas every day” when things do show up. They’ve received a lot of partial deliveries. Footwear has been tricky. “We’re trying to encourage people not to wait for another color, you never know if we’ll see that color. It seems to be the normal way things are happening, unfortunately.”

‘Clue: Onstage’ -- A madcap romp to beat those winter blues

Warren approves budget to be warned for Town Meeting Day

Chamber of Commerce launches MRV Stand Up for Safety program