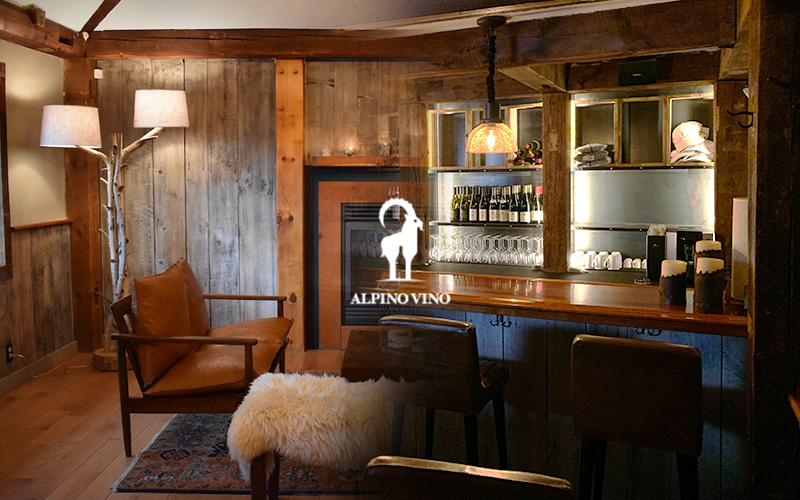 Alpino Vino, The Valley’s only wine bar, officially opens this weekend at 6163 Main Street in Waitsfield. The owners had a successful soft opening a few weeks ago and are preparing to open their doors to the public.

The new venture is a family affair for Josh Bewlay and his wife and daughter. They have lived in Fayston for about two years since Josh retired from a 30-plus-year career in insurance and reinsurance. He had bartended in college but, since then, has only experienced the industry as a consumer. “I’ve always had an interest in wine,” he said, an interest his work travels fueled as he had the opportunity to taste wines from around the world. After being “hunkered down” at home for the past year and a half, “I decided to try something completely different,” he said. “There’s nothing like this concept in The Valley.”

For now, the business will be staffed by Josh, his wife, their daughter and her boyfriend, both seniors at UVM who will help on weekends. They hope to add staff in the future.

The bar will feature wines from around the world -- from Italy, France, Spain, Austria, Germany and Australia to U.S.-made wines from California and Oregon. They don’t currently have any Vermont wines on the menu, though Bewlay said they’re looking. He said they’ll have something for every wine drinker, from light and refreshing whites to dark, bold reds. The menu will feature roughly five to six options for glasses of reds, and roughly five to six glasses of white, as well as sparkling wines and rosés.

While Alpino Vino’s emphasis is on wine, they will also feature a variety of Vermont-made craft beers, ciders and alcoholic seltzer, alongside small plates featuring local cheeses from von Trapp’s, charcuterie from Babette’s Table and bread from Green Rabbit bakery. Virtually all food will be from Vermont, with roughly 85% “hyper local,” meaning made here in The Valley.

“There’s something for everyone’s palate,” Bewlay said. “It’s an opportunity to come in and try something new.” Learn more at alpinovino.com.