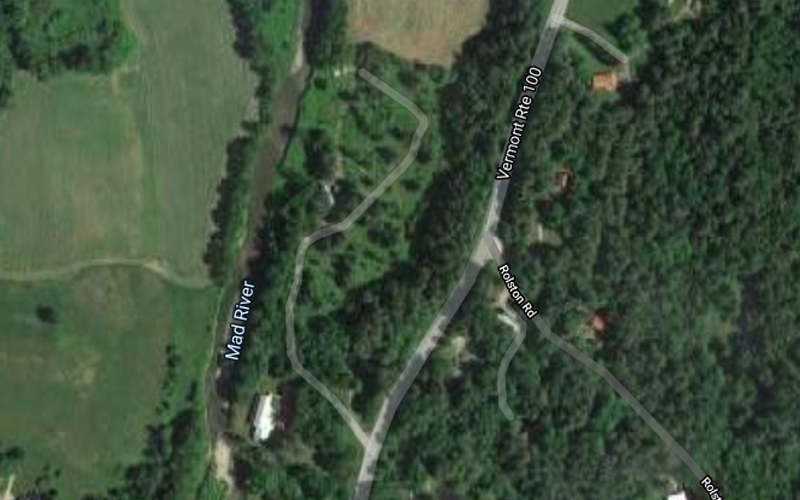 Mac and Bobbi Rood’s plans to create a nine-lot subdivision to develop eight building lots are moving closer to reality after an October 25 meeting with the Waitsfield Development Review Board.

The Roods own a 10.6-acre property that is on the west side of Route 100 between Bundy and Rolston Roads. Currently, there is their single-family home on the parcel as well as a greenhouse. The land is in the agricultural/residential zone and in the flood hazard and fluvial overlay districts. The parcel is 2 miles from Waitsfield.

The plan calls for creating eight houses in a planned residential development that will share the current driveway (also used by River House Condominiums). The ninth lot is open, common land and includes frontage on the Mad River.

Four of the houses will be designed for affordable housing – defined by Waitsfield’s zoning ordinance as affordable to someone who earns up to 80% of the average median income for Washington County which is $60,000 for a family of four.

All houses will be served by a common leach field and six drilled wells with two wells shared.

The Roods plan to provide a permanent easement to the Mad River Path, which will terminate at their northern boundary line near Kingsbury Road. At the DRB hearing they said they hoped to convince a neighbor to extend the path through his property to Kingsbury Road.

The lots will be about ½ acre in size with reduced setbacks. Mac Rood said that there will be covenants and a homeowners’ association which will spell out some standards (i.e. houses can be no larger than 2,000 square feet).

“We’re still working on developing that piece. We might put up the lot and if Yestermorrow could put up the structure, the whole completed house could be put up for sale,” Rood said.

The Roods need to provide the DRB with a few final details including stormwater plans before the application will be considered complete.