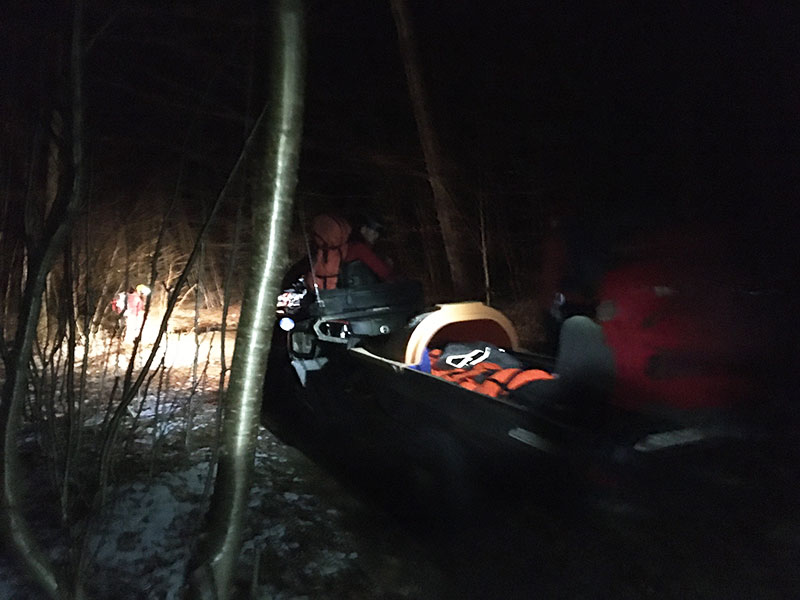 Shortly before 7 p.m. on Sunday, November 21, 19 rescuers from five search and rescue teams completed the rescue of a 31-year-old male hiker from Florida off the Worcester side of Hunger Mountain. While hiking alone, the hiker had slipped on icy rocks and injured his ankle. Due to his injury, the hiker was unable to descend from his location at about 2,800 feet on the mountain. The first teams were called out at 2:22 p.m. with only about two hours of remaining daylight. Two hikers found the injured man and stayed with him until the first rescue team reached the scene at 4:30.

The hiker’s injured ankle was splinted, and he was placed into a hypothermia bag, similar to a sleeping bag, to keep him as warm as possible until more rescuers and a Stokes litter were hauled up the mountain. Shortly after 5 p.m., in full darkness, the evacuation began through a series of rope belays in the steep, rocky and icy conditions. Upon reaching an old logging road the hiker was transferred to an ATV and driven the rest of the way down the mountain.

All rescuers and the hiker reached the base of the trail around 7 p.m.. The hiker was then taken to the hospital by a friend.

Rescuers recommend always hiking with at least one other person, take plenty of warm clothes, food, water and always be off the mountain well before darkness. Ice creepers and headlamps are essential on any fall hike.